This monitoring period covers the grain filling and harvest time for cereal crops grown during the main rainy season (meher). The major crops are wheat, teff and barley. At the national level, as compared to the average, CropWatch agroclimatic indicators show that the conditions were favorable, because rainfall was 72% above average during the October to January period. This may also benefit the production of maize during the belg (February to May) rainfall season in the central and southeastern parts of the country. Nationwide,  there was a drop (-3%) in RADPAR. Total biomass production potential was above average (BIOMASS +12%), which is a positive indicator for livestock producers. CALF was above average (+3%) and maximum VCI was 0.97. The spatial NDVI patterns compared to the five-year average and corresponding NDVI departure cluster profiles indicate that NDVI was above average for 62.5% of arable land. In general, all the CropWatch indicators show favorable crop conditions. We expected a good production from the Meher season and good moisture availability for the upcoming belg season.

In the Southeastern mixed-maize zone the total recorded rainfall reached 241 mm, which is 112% above average. In this zone, both TEMP and RADPAR were below average (0.3 °C and 10%, respectively). Because of the higher rainfall, the total biomass production was increased by 13% and CALF was above average by 9%. NDVI trends were also above average and VCI was at 1.06. All the indicators were favorable and we expect a good crop production.

The Western mixed maize  zone recorded a high rainfall total of 624 mm (+96%). In this zone, all CropWatch indicators except the temperature (TEMP -1.1°C) were above average. The RADPAR remained constant while CALF showed a slight increase of 1%.  The total biomass production was above average by 4%, which is good for livestock production in this zone. According to the NDVI development graph crop conditions were close to average during October and subsequently increased to above average.  A maximum VCI value of 1.01 was recorded. All CropWatch indicators concur in assessing crop and livestock feed conditions as favorable.

Finally, like the other zones, favorable weather conditions were observed in the Central-northern maize-teff highlands (RAIN +73%). in this zone, except for TEMP (-0.1°C) and the RADPAR (-3%), all CropWatch indicators were above average.  The total biomass production was 16% above its five-year average. According to the NDVI profiles, crop conditions from October to the end of November were close to the average. In December and January, they were above average. The VCIx value was 0.96 in this zone.  Overall, the conditions were favorable for crop and livestock production. 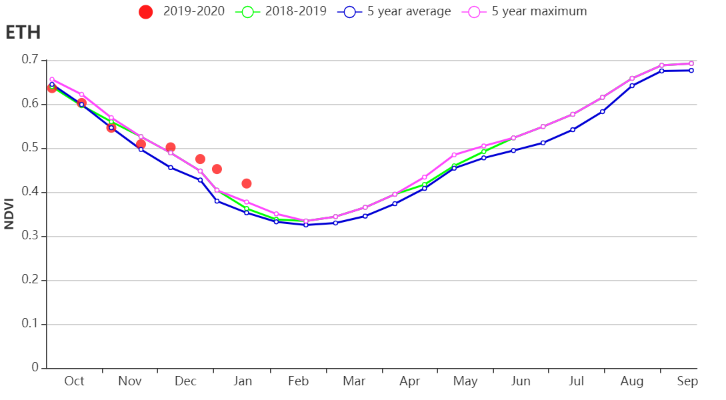 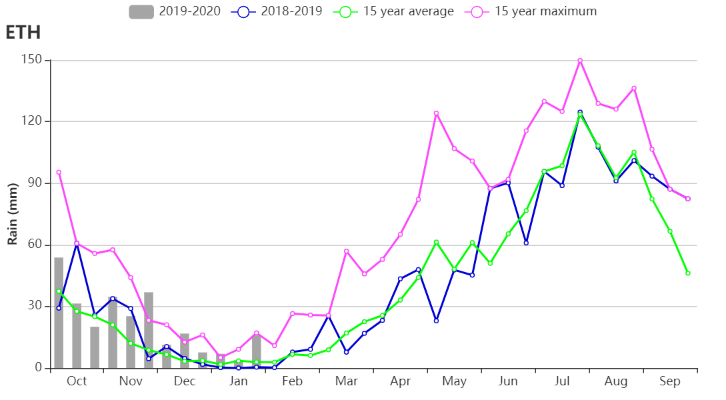 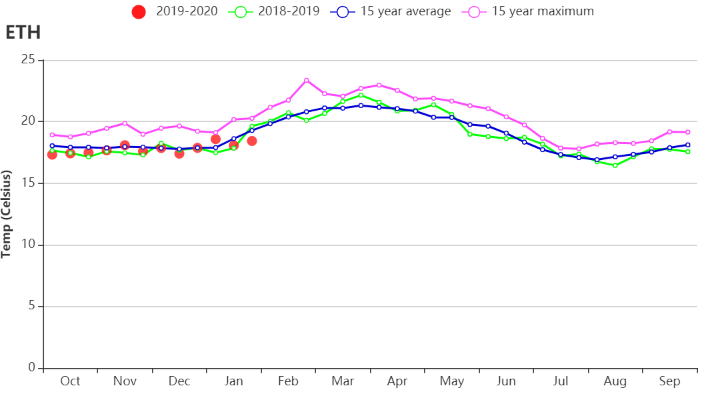 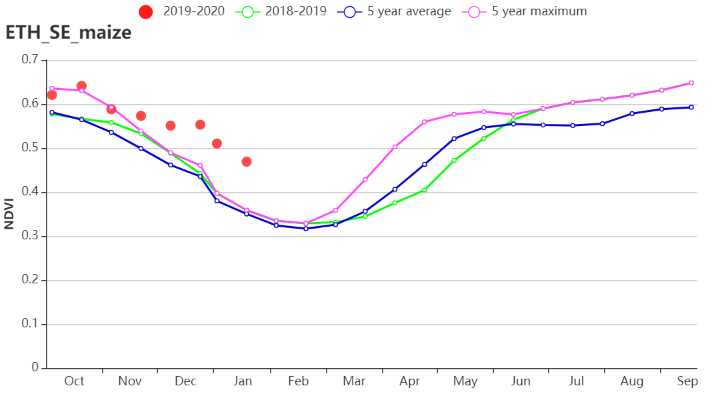 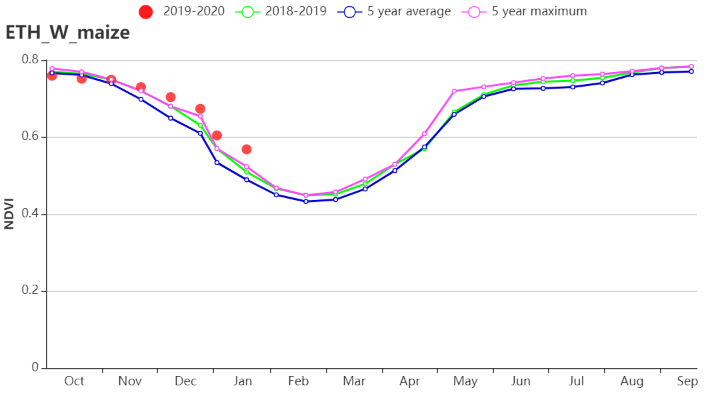 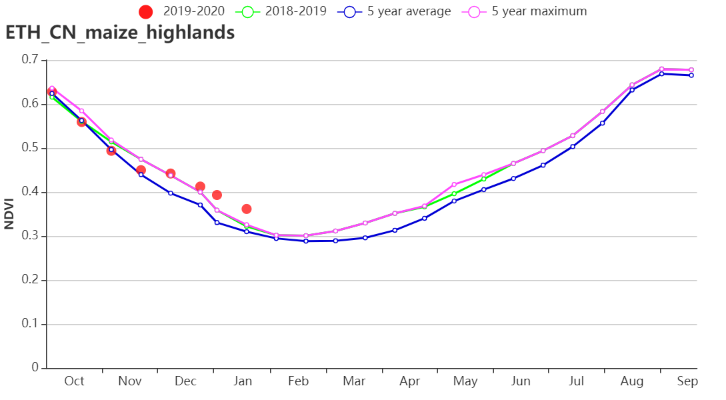