The report covers the sowing stage and early growth of winter wheat to the end of January in Uzbekistan. Among the Crop Watch agro-climatic indicators, RAIN and TEMP were below average (by 14% and 0.1 °C) with RADPAR close to average. BIOMSS fell 1% compared to the fifteen-year average. As shown by the NDVI development graph, crop condition was close to the five-year average in October and slightly below the five-year average from November to January. According to the NDVI profile maps,  48.1% of the agriculture land had above five-year average conditions from November to late December in most parts of Namangan, Qarshi, Qunghirot, Chimbay, Takhtakupyr, Urganch, Beuni, Turtkul and some parts of Samarqand, Termez, Bukhoro, Denau provinces. In other regions, crop conditions were slightly below average. The precipitation above the 5-year maximum in early October was beneficial for germination of winter wheat. The following rainfall deficit did not have much negative effects on winter wheat in that period. Winter wheat will require more water in the next months when the rapid growth phase starts. Overall, the conditions for winter wheat were normal to slightly unfavorable.

Additional information is provided below for two agro-ecological zones: The Eastern hilly cereals zone and the Aral Sea cotton zone.

In the Eastern hilly cereals zone, NDVI was close to the five-year average in October, and below average from November to January. RAIN and TEMP were below average (by -13% and -0.2°C, respectively) while RADPAR was close to average.

In the Aral Sea cotton zone, crop condition was below average in October and close to the average in early November and early December.  Precipitation was well below average during the monitoring period (RAIN -47%) but temperature and radiation were above (TEMP 0.7°C and RADPAR 5%). The BIOMSS index decreased by 30%. 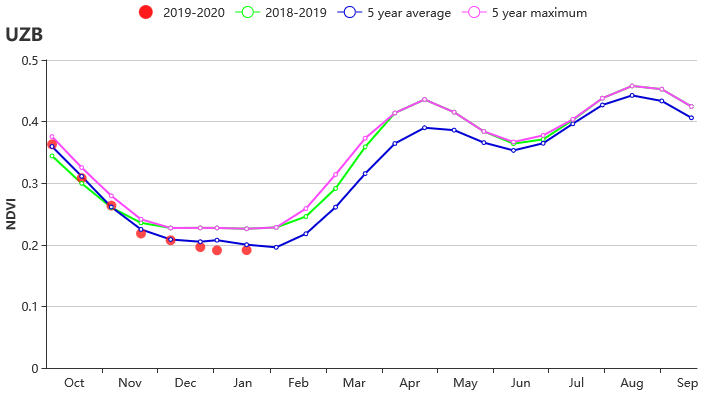 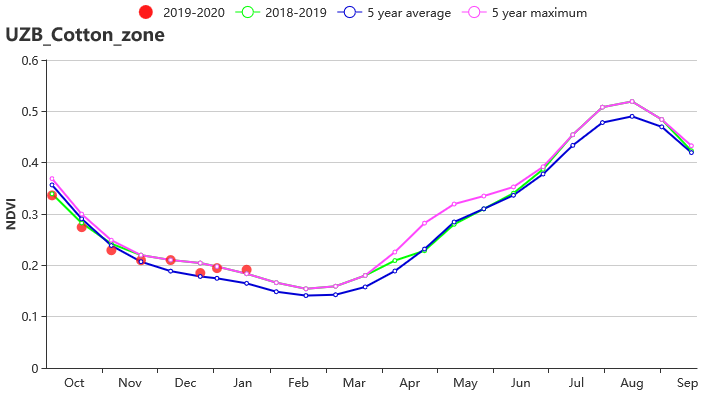 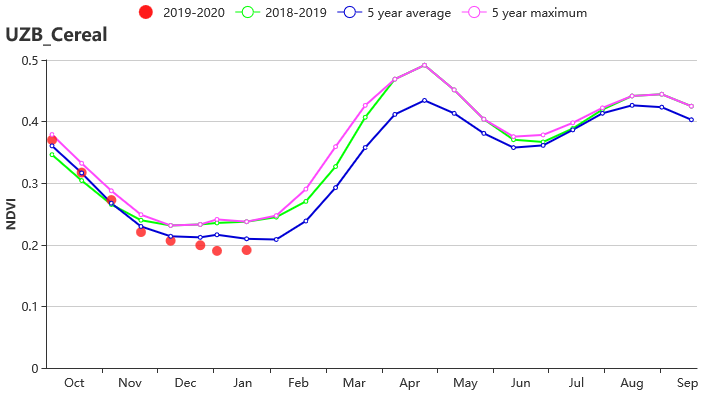 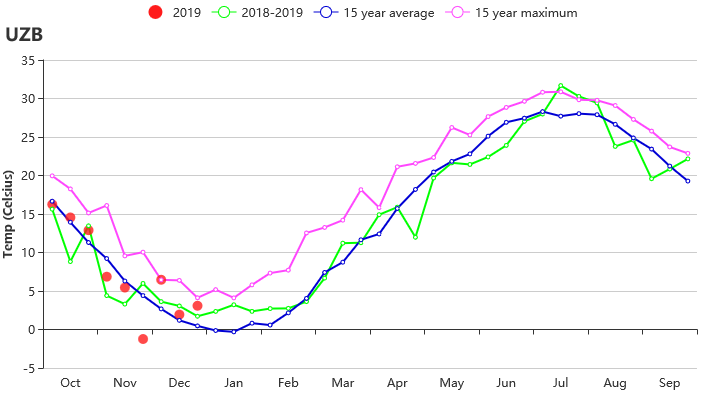 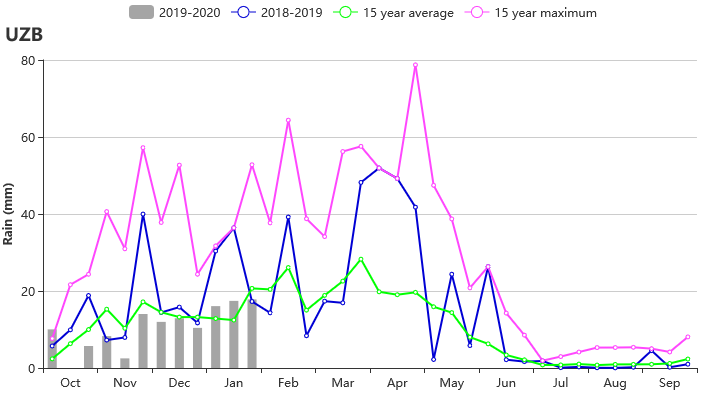