The spring Maize was characterized by the Tasseling stage in the Northeast China while summer Maize at North China Plain was at jointing stage. During this period, the soybean was characterized by the stage of flowering in the Northeast China while in the provinces of Anhui, Jiangsu, and Henan, the soybean was at third leaf formation stage. Similar to maize and Soybean, the single rice also was in growing stage in most of the central and south regions.In general, the crop conditions during the monitoring period were favorable. 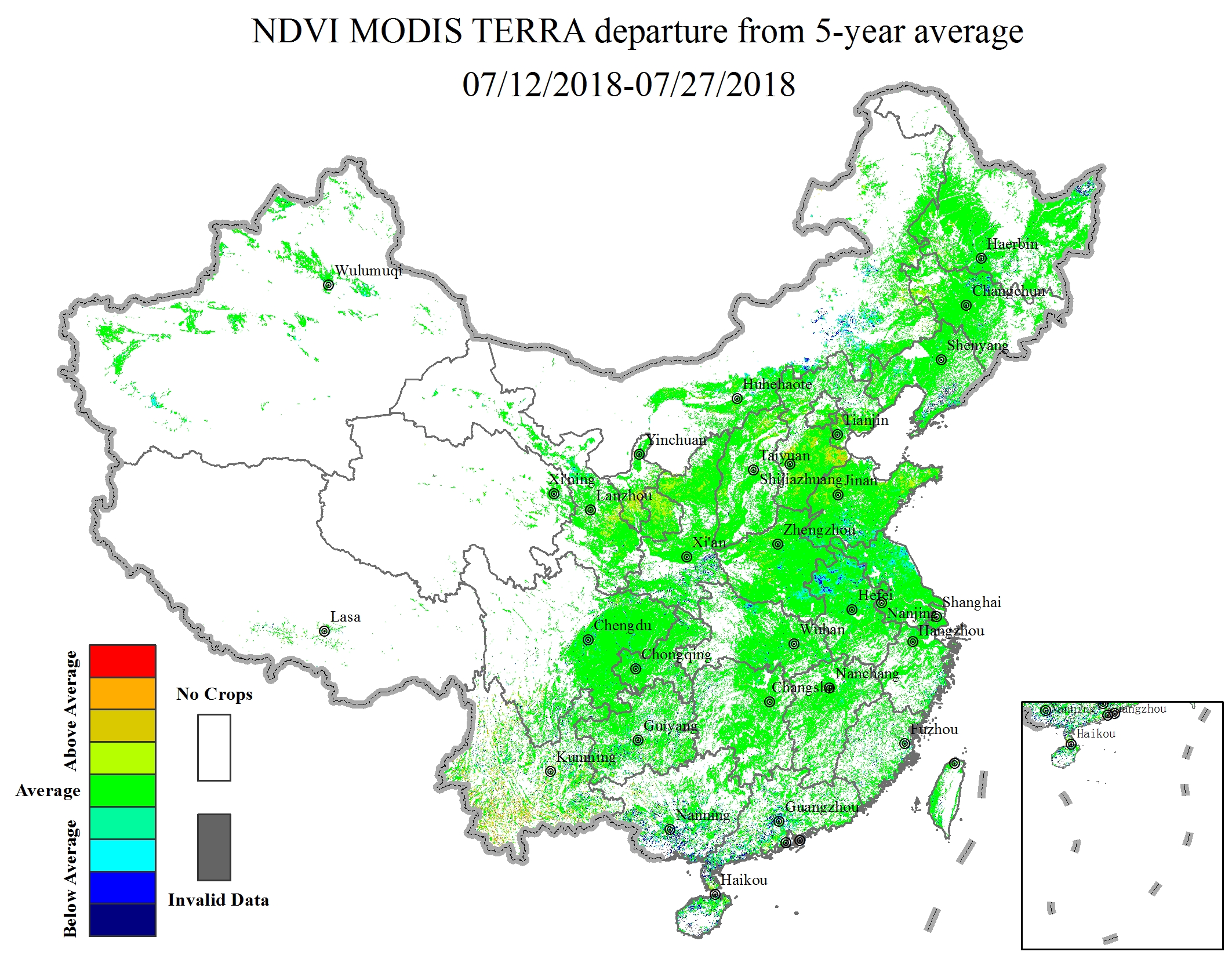