During this period, the maize and soybean was in the maturation and harvesting stage in the North China, Northeast China and Western China. Single rice / semi-late rice in the Provinces of Heilongjiang, Jilin, Hebei, Yunnan, Guizhou, Hunan and Anhui was at the maturation stage, while late rice in Fujian, Zhejiang, Guangdong and Guangxi Provinces was still at the heading stage.NDVI departure map shows poor crop conditions in Central and Northeast China during the monitoring period comprehended between 6th to 21st September 2018 when compared to the same period of the year of 2017. However, since summer crops are under harvesting or at mature stage, the low NDVI represents early harvest but not low outputs.

In general, despite several provinces presents poor crop conditions when compared to last year during this period, the annual outputs were still expected to be above previous year. 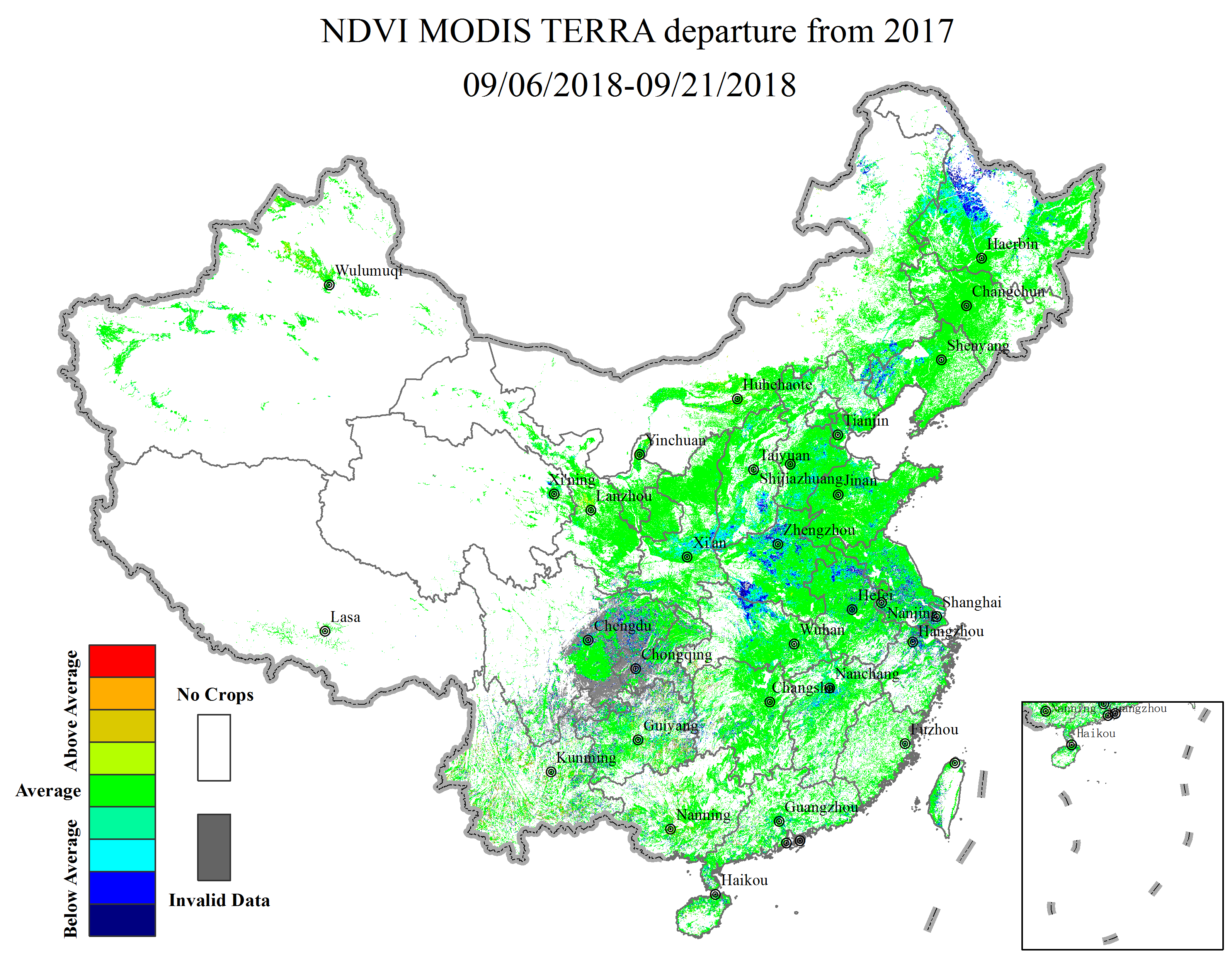