During the monitoring period from Sep 29th - Oct 14th, 2020, corn has been harvested in most areas of North China and Northeast China. The late rice in the middle and lower reaches of the Yangtze River was in the stage of milk ripening and maturity. The single cropping rice in Jiangsu, Fujian, Zhejiang and Anhui was in the milk ripening and maturing stage, while the northeast region was in the late stage of harvest, and most other areas are about to harvest. The winter wheat in North and South China was in the seedling stage. The lack of soil moisture in the shallow soil layer in central and Southern Hebei, Northern Henan, and Northern Anhui caused the emergence of seedlings, resulting in lower than average agricultural conditions. Because of continuous sleet and typhoon, the growth of crops was still lower than the average level, mainly in Jilin and Heilongjiang. Southern Shaanxi, Eastern Sichuan, Chongqing and other regions have been affected by continuous rainy weather, with less sunshine, which had a certain impact on crops. Generally speaking, the weather was suitable in North China, Northeast China and the middle and lower reaches of the Yangtze River, which was conducive to the sowing, ripening and harvesting of crops. Only Hebei Province needed irrigation before sowing. In South China, the growth of Sichuan Basin was lower than the average due to continuous rain. In the later stage, attention will be paid to the impact of typhoon Nangka on agriculture in South China. 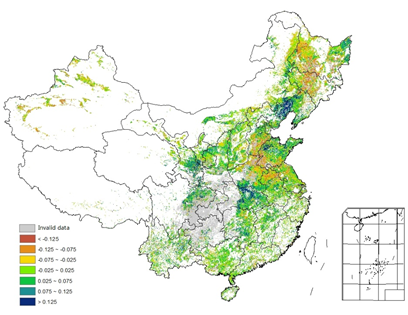