Wheat: Winter wheat production in China reached a new record over the recent 10 years. Over the targeting period,spring wheat is at grain filling stage. High temperature and low rainfall in early July in major producing area of spring wheat hampered crops. Since July 11st, sufficient rainfall are favorable for the development of spring wheat. .

Rice: Generally, rice conditions are at average compared with the previous five years in Southern China. With the sufficient rainfall, rice in Sichuan and Chongqing province is above average.However, the continuous rainfall in lower Yangtze River regions resulted in flooding locally in Zhejiang, Anhui and Hubei provinces.  Overall, rice in the south are at average condition.

Maize: Currently, spring maize in northern China is generally at jointing to tasseling stage, and the summer maize is at jointing stage. The agro-climatic conditions for maize are overall favorable and maize at national scale is above the previous 5-years average. However, low rainfall in Liaoning and eastern Shandong hampered the development of maize. Meanwhile,the strong wind and heavy rain in northwestern Shandong also impacted maize development.

Soybean: During this monitoring period, agro-climatic conditions are favorable for soybean in most part of major producing areas of soybean in China. Soybean condition is below average at the border of Heilongjiang and Inner Mongolia due to the poor rainfall. 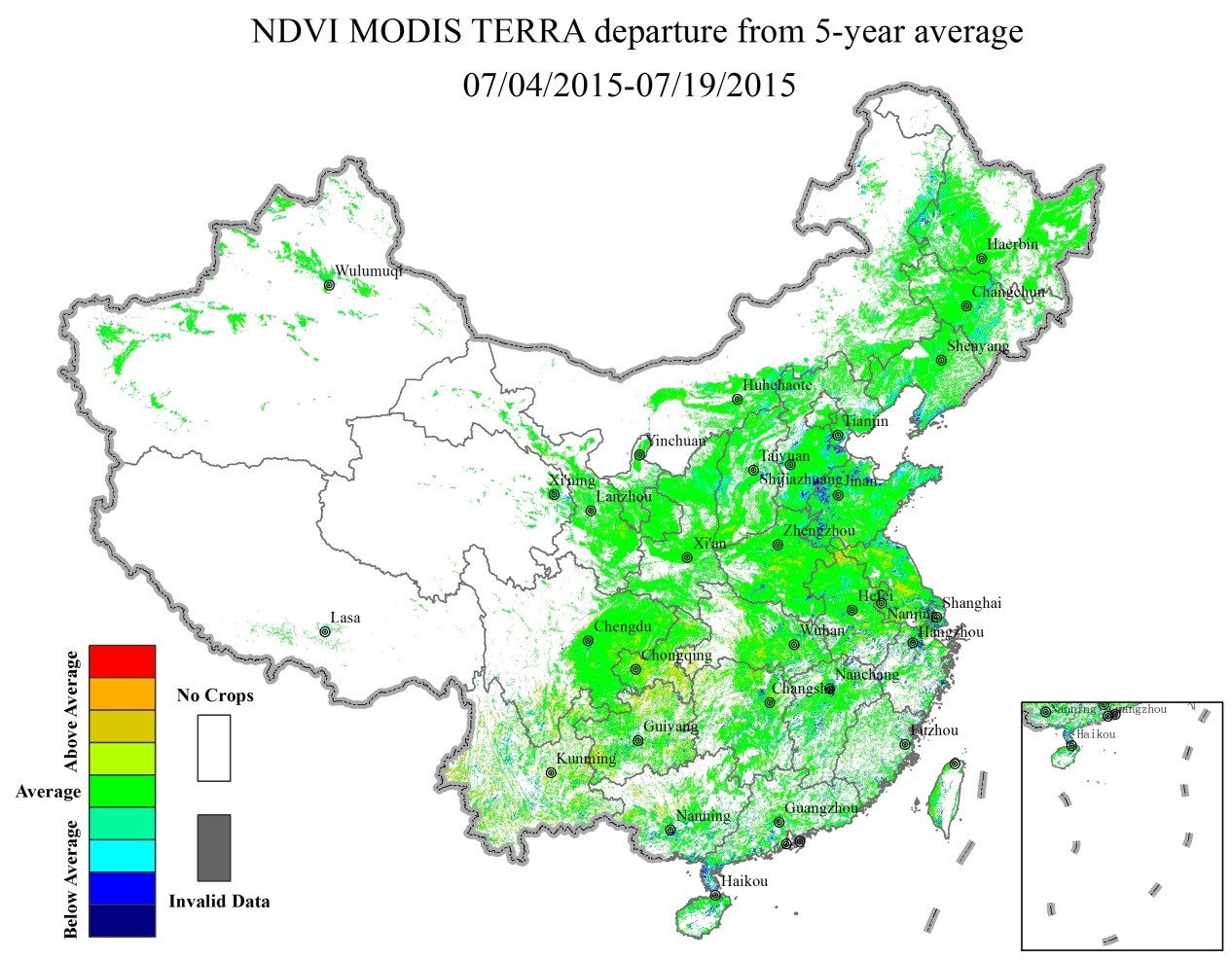