Crop condition was close to the recent 5-year average in China in mid-September, 2015 Monthly updates of crop condition for 2015
作者: 编辑:


Wheat is out of season.

Rice: During the monitoring period, late rice is at heading to flowering stage; while single rice is approaching harvest stage.Most of rice in main production regions is at 5-year average condition. In areas near the border of Sichuan and Chongqing, the situation is significantly above average, however, in south of Henan, west of Hubei and south of Guangdong and Guangxi, conditions are unfavorable for rice.

Maize: Maize is approaching ripening stage. Overall,crop condition is close to the recent five-year average. However, in western Liaoning, crop condition is below average due to rainfall deficit. Bad situation also occurs in central Shaanxi and southern Shanxi.

Soybean: Soybean is at mature stage to harvest. The condition is slightly above average in most areas of Heilongjiang and northwest of Jilin, while below average crops are observed in northeast of Inner Mongolia. 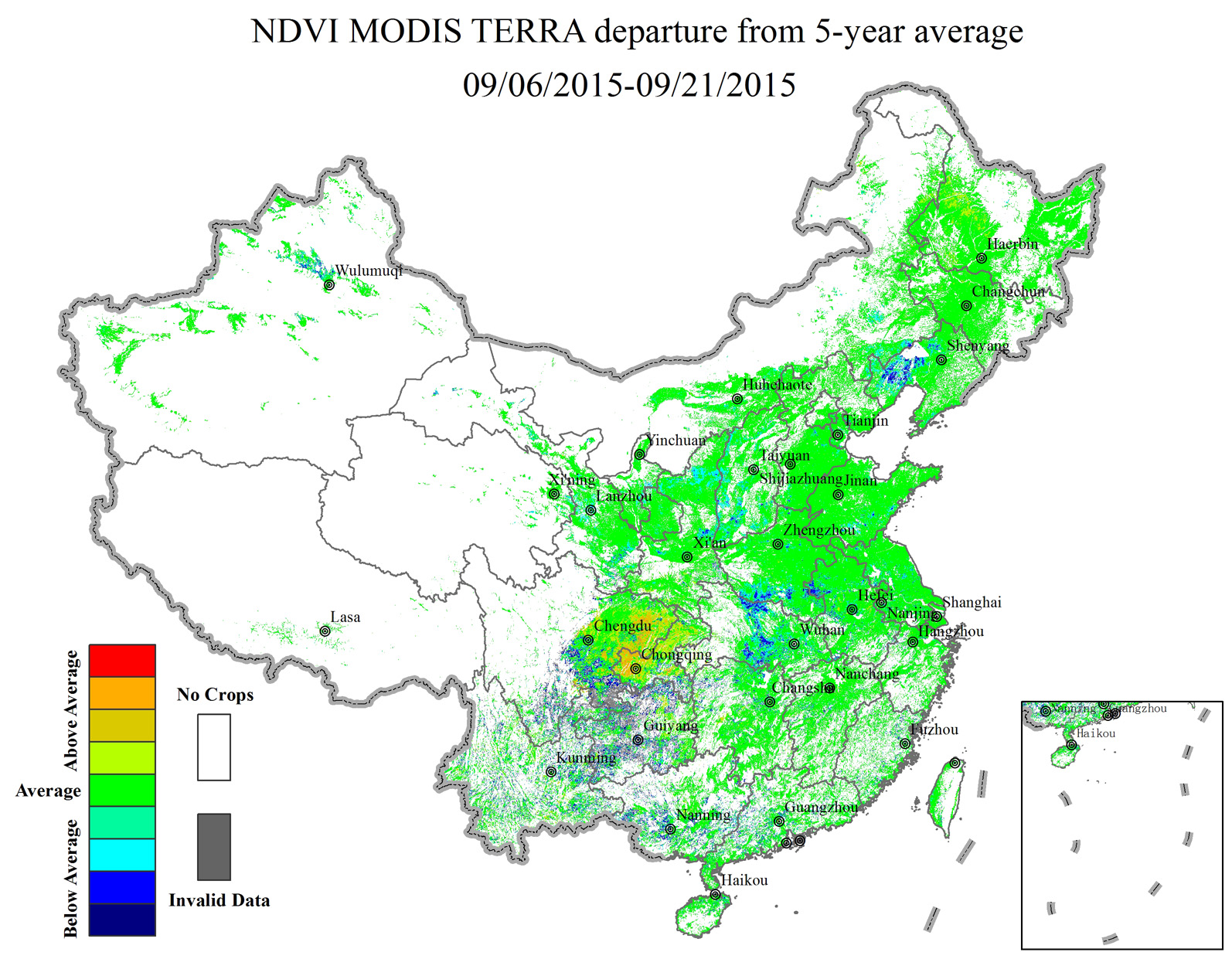