Rice, maize, soybean and cotton were out of growing season. 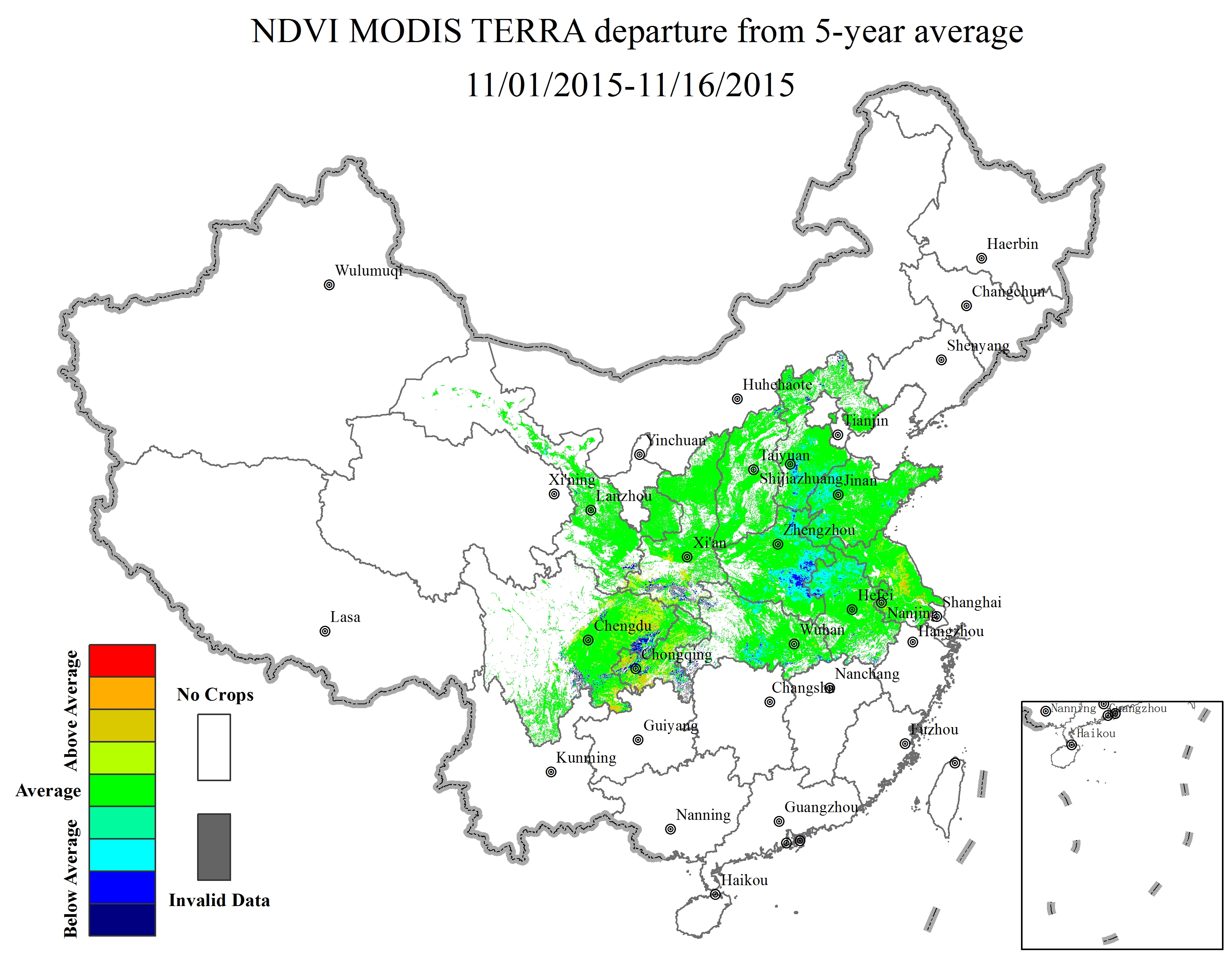