Wheat: Winter wheat was at jointing to booting stage in northern China while at heading to flowering period in southwest region. Because of favorable agroclimatic condition, spring wheat began being sowed in north of the Great Wall. Overall, winter wheat condition was at the recent 5-year average level. However, poor winter wheat condition occurred in eastern Guizhou, Chongqing and eastern Chengdu, Sichuan due to excess precipitation and consequently low radiation.

Maize: Spring maize was at three-leaf period in Guangxi while at sowing period in other areas of China.Proper temperature and precipitation are beneficial for sowing and subsequent growing.

Soybean was out of the growing season. 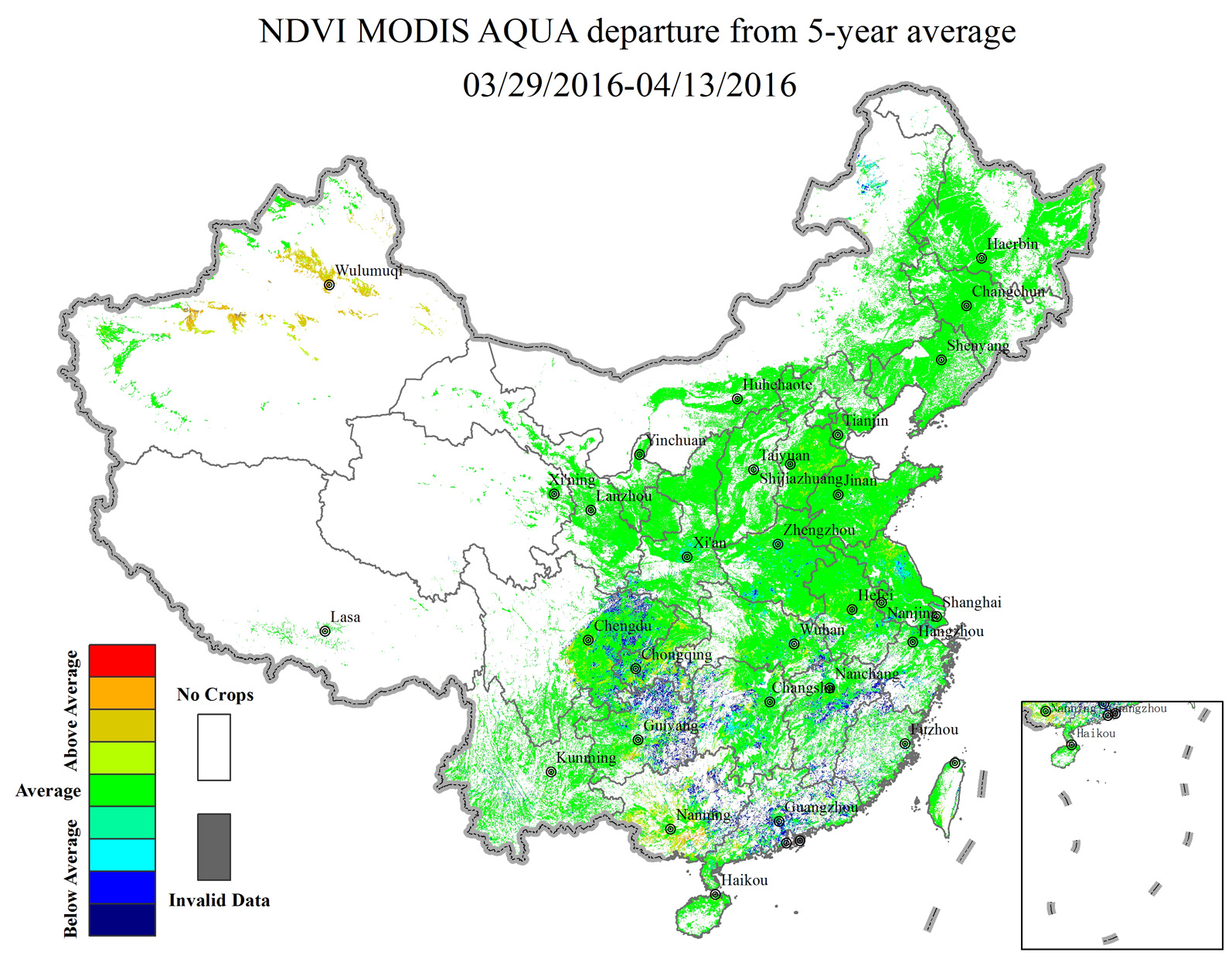