Wheat: Winter wheat was at flowering to ripening period while spring wheat was at tillering to jointing stage. Overall, crop condition was at the recent 5-year average level due to adequate soil moisture but below average at part of major producing areas. Affected by aphids and powdery mildew, winter wheat condition was slightly below average in western Shandong and southern Henan.

Rice: Early rice was at tillering to jointing stage whereas single season rice was at three-leaf to transplanting period. Altogether, rice condition was average. In northern Guizhou, eastern Guangxi and the central part of Guangdong, proper temperature and rainfall were beneficial for crop growth.

Maize: Spring maize was at seedling to three-leaf period in northern China but was at jointing stage in southern China. In general, crop condition was at the recent 5-year average level. Favorable agro-climatic conditions in the northeast part of China will promote the seedling of spring maize.

Soybean is out of season. 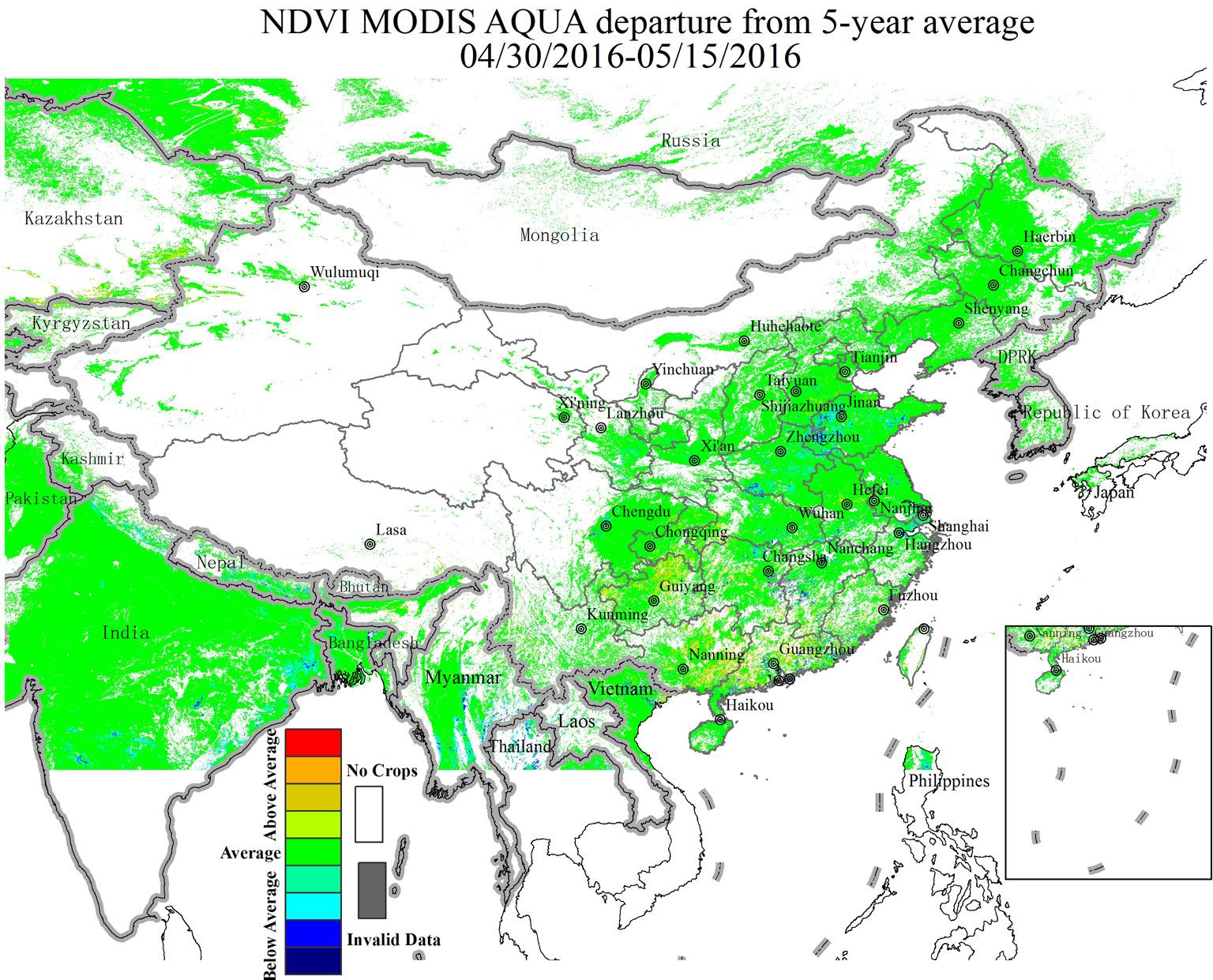