Crop condition was generally below average in China and neighboring areas in early to mid-August, 2016 Monthly updates of crop condition for 2016
作者: 编辑:

Wheat was out of season.

Maize: Spring maize was at silking to milky ripening stage; summer maize was at silking period. In general, maize crops’ conditions were poor over the monitoring period, but due to different reasons. Affected by drought, spring maize condition was below average in eastern Inner Mongolia. Also, poor spring maize condition occurred widespread in the most parts of Loess region and Huanghuaihai (China) because of high temperature.

Soybean: Soybean was at podding to seed-filling stage. Altogether, crop condition was average. 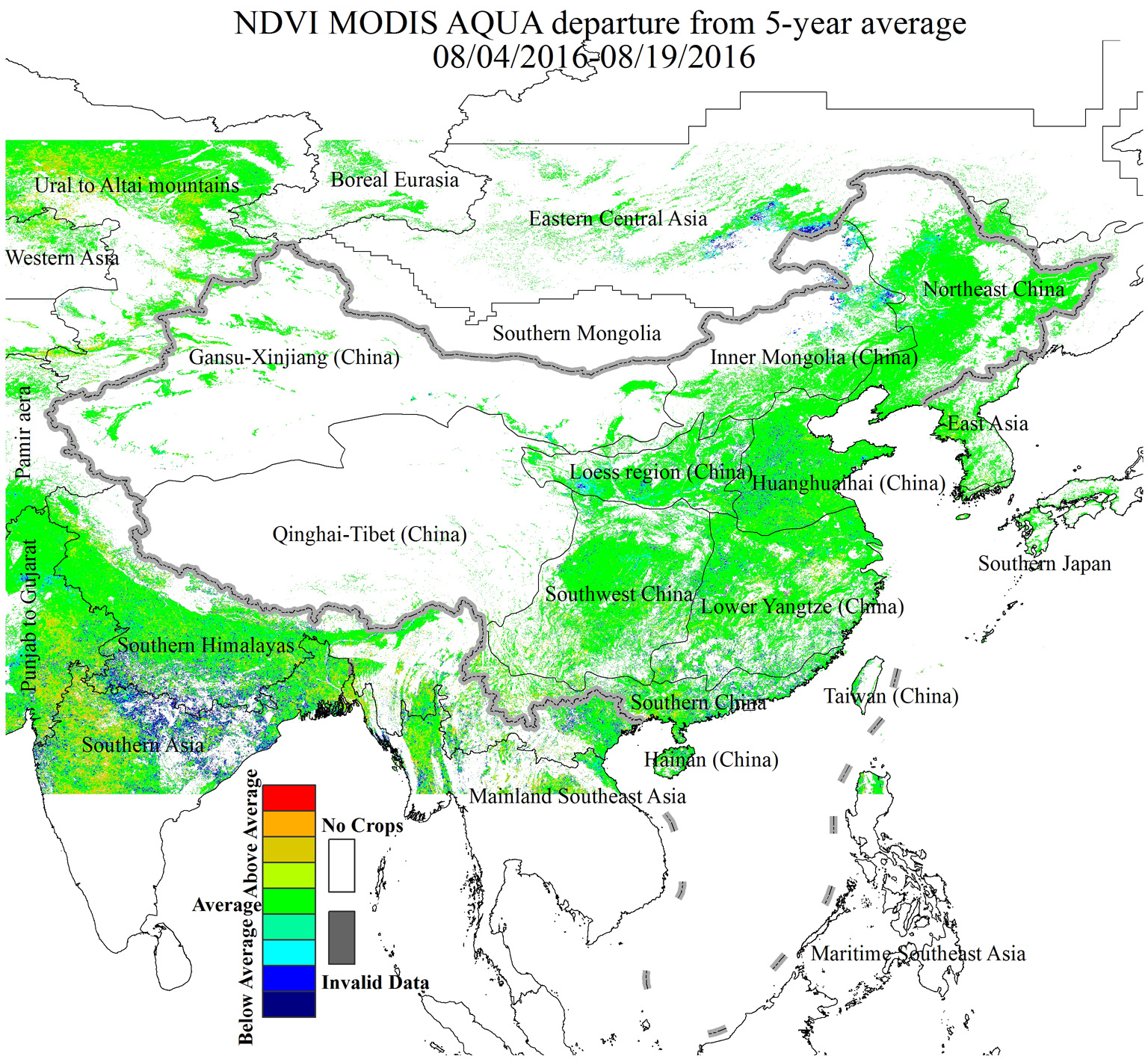