Crop condition was average but below the last year’s level in China and its neighboring areas in early September, 2016 Monthly updates of crop condition for 2016
作者: 编辑:

Wheat was out of growing season.

Maize: Spring and summer maize were at milky ripening to ripening stage. In general, crop situations were average.Sufficient radiation and proper temperature contributed to favorable maize condition in Huanghuaihai (China) and the most of Loess region (China). In contrast, crop condition was below average due to continuous rain deficit inthe southern part of Henan province; because of rainy weather and parallel low radiation, poor crop situation also occurred in eastern Inner Mongolia and western Helongjiang province.

Soybean: Soybean was at filling period. Crop condition was average but below the last year's level. Continuously exposed to low radiation, soybean condition in the west part of Northeast China during the monitoring period was significantly below that for the same period of the last year.

Altogether, crop situation was at the recent 5-year average level in areas adjacent to China. However, below average crop condition occurred in northern Mainland Southeast Asia and eastern Southern Himalayas due to drought. On the contrary, because of proper temperature and rainfall, crop condition was slightly above average in the northern part of Southern Asia. 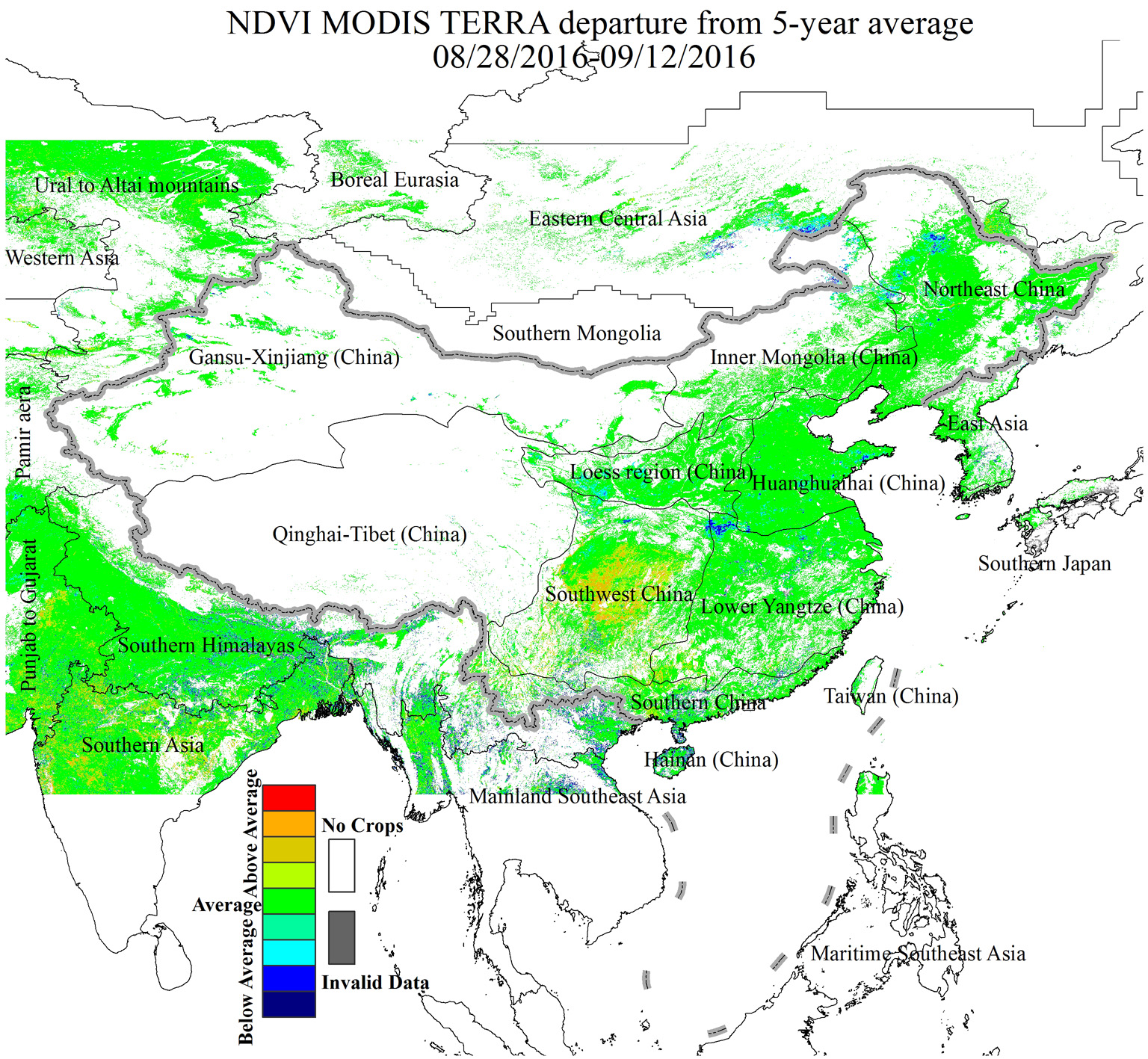