Maize: Spring and summer maize was out of growing season.

Soybean was out of season.

Rapeseed: Rapeseed was at vegetative stage. Crop condition was below average due to the rainy weather and concurrent low radiation. 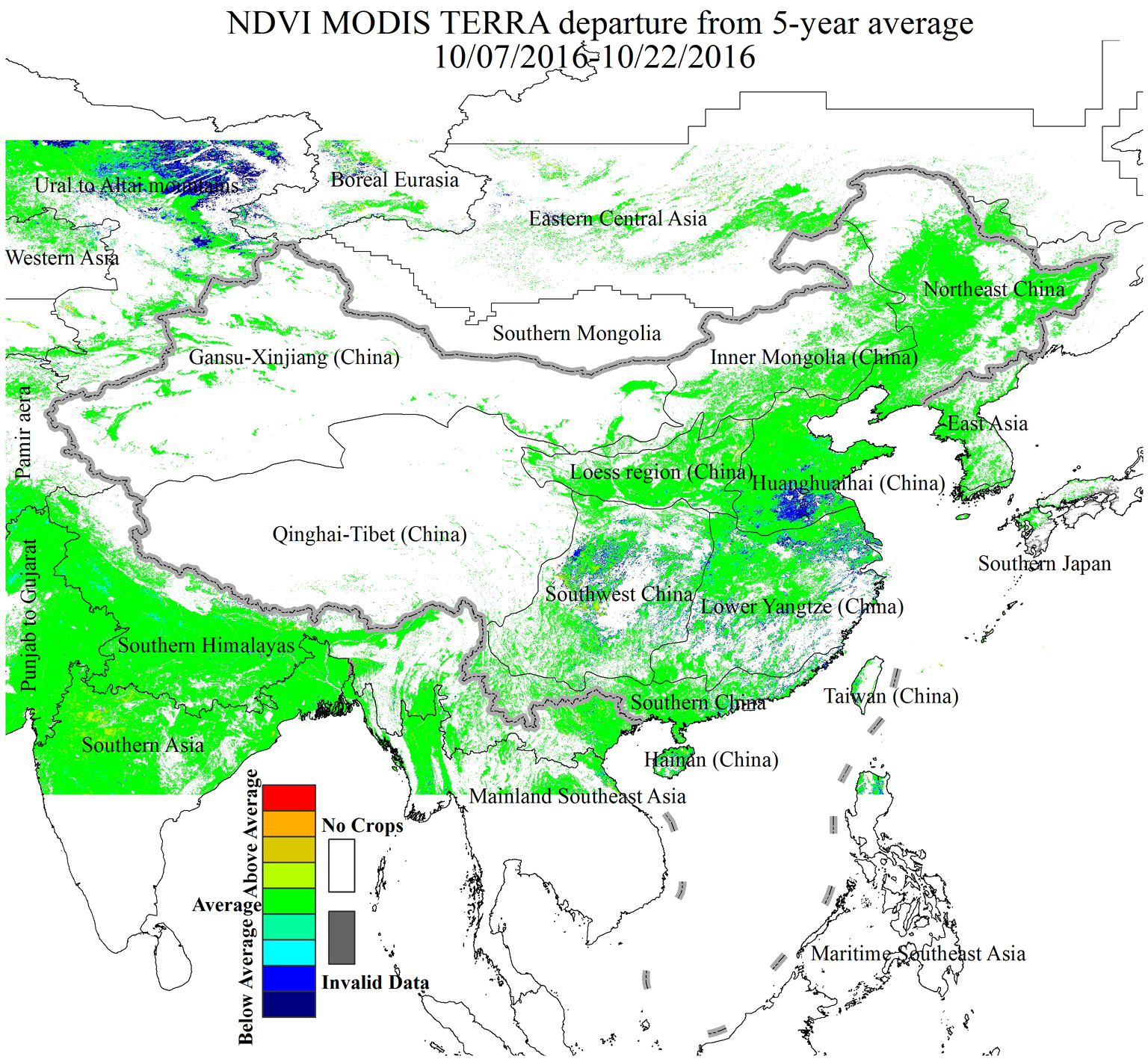