Unfavourable winter crops condition in China during the first half of December 2016 compared to the same period of 2015 Monthly updates of crop condition for 2016
作者: 编辑:


Winter wheat was at tillering to wintering period. Total Crop situation during this monitoring period was below last year’s level. Heavy haze occurred in Huanghuaihai and northern Lower Yangtze region exerted a negative effect on winter wheat growth, which was indicated by unfavorable crop condition in these regions. Affected by continuously rainy and concurrently low radiation, crop condition in Southwest China during this reporting period was significantly below that during the corresponding period of the previous year.

Rice, maize and soybean in China and crops in its nearby regions were out of season. 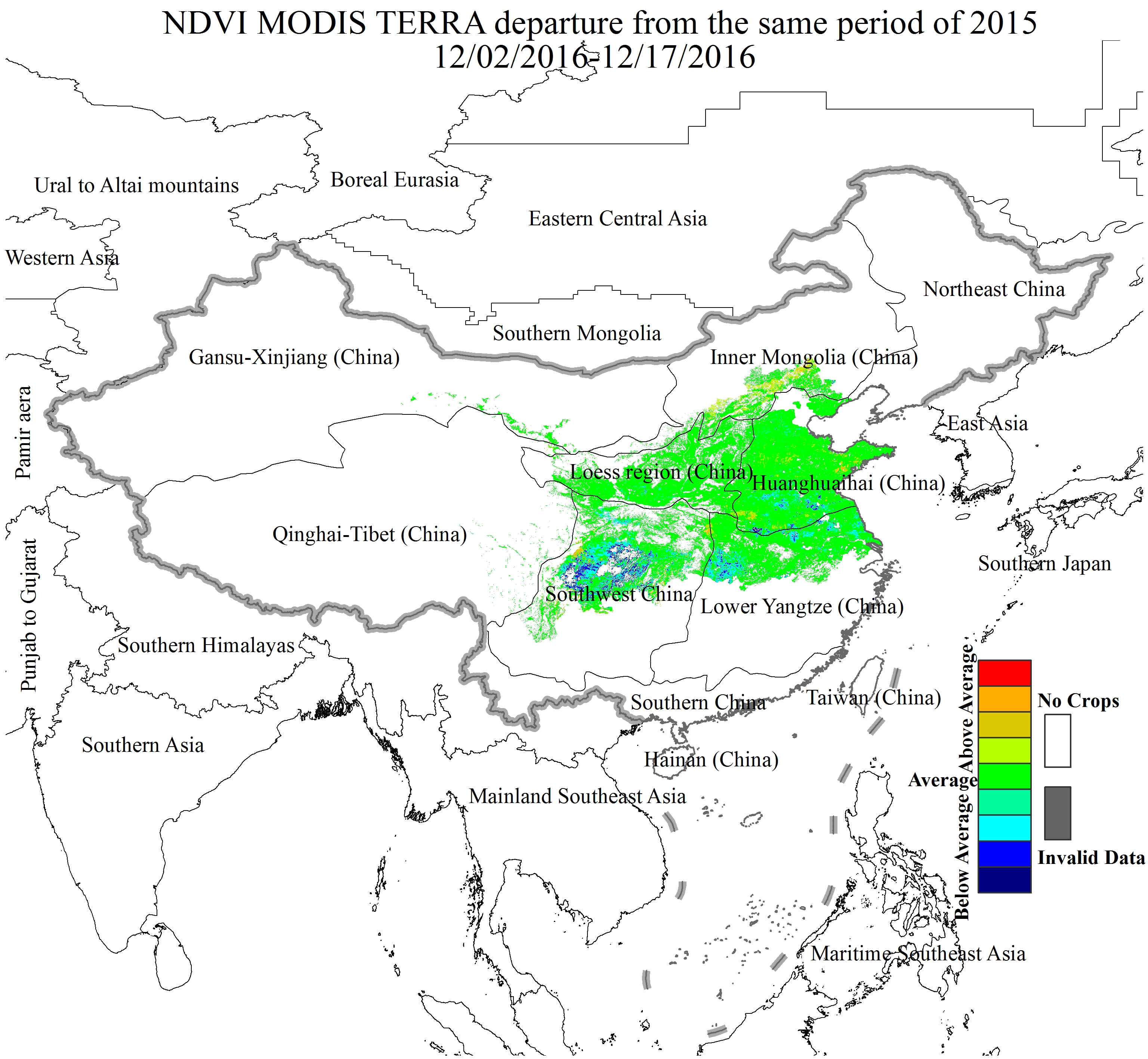