Winter wheat was at tillering to wintering stage. Overall, crop condition was above the level of recent 5-year average. Favorable temperature and radiation condition occurred in North China,which was beneficial for winter wheat growth. Affected by rainy weather and concurrently low radiation, winter wheat in the east part of Southwest China was significantly below average.

Rice and maize were out of growing season. 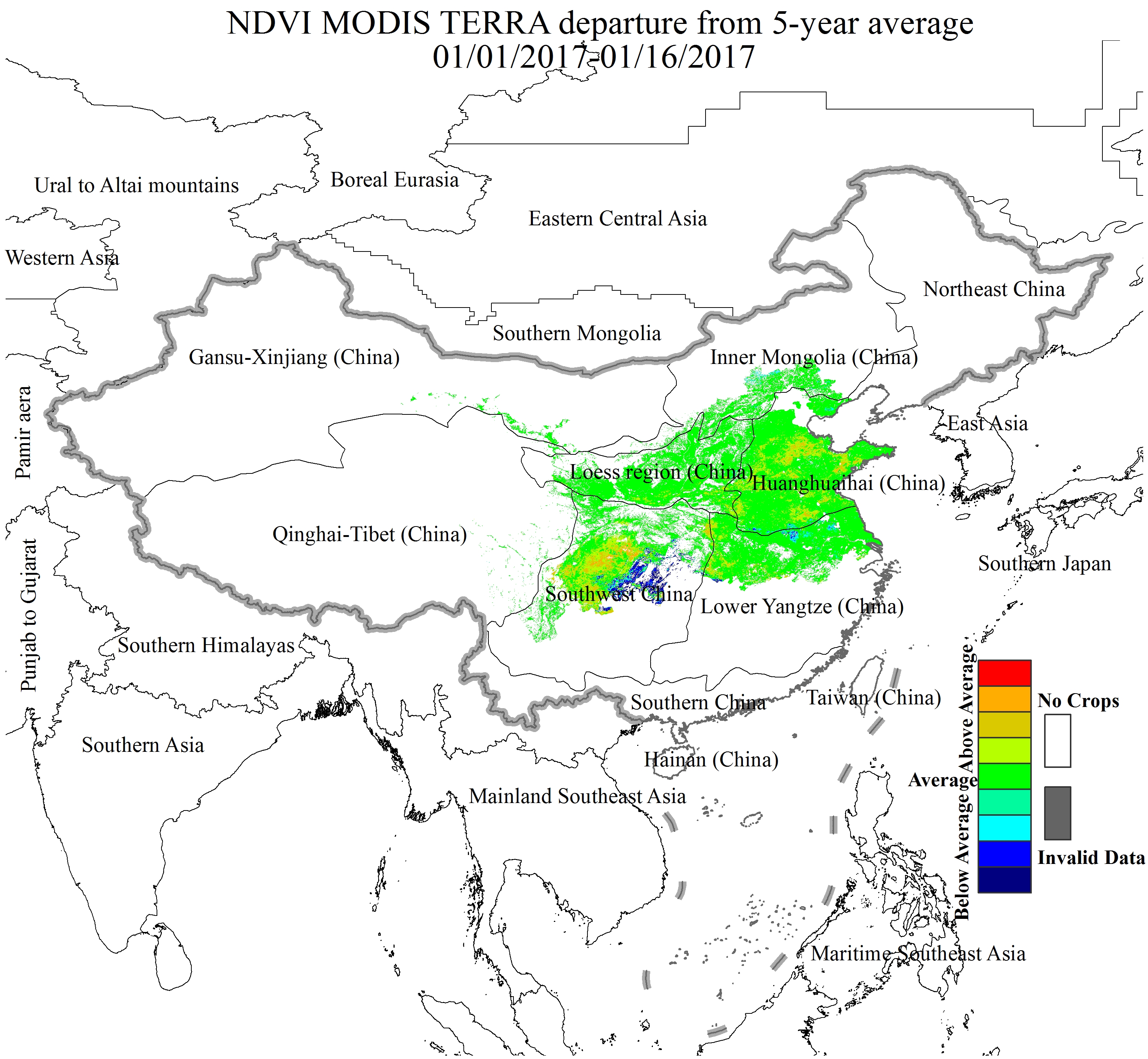