Crops condition were overall average in China and its adjacent regions during the first half of May, 2017 Monthly updates of crop condition for 2017
作者: 编辑:

Wheat: Winter wheat was at flowering to ripening period while spring wheat was at three-leaf to tillering stage.Because of suitable ago-climatic condition, wheat situation in most planted regions of North China was favorable. However, poor crop condition appeared in central Anhui and Jiangsu, the regions adjacent to the border between Lower Yangtze and Huanghuaihai (China), which might be due to a considerable decrease in planting area of winter wheat. Affected by low temperature, crops condition were below average in Hubei and Chongqing.

Rapeseed: Rapeseed was at harvesting period. Crop condition was slightly above the recent 5-year average due to sufficient radiation and rainfall.

Rice: Early rice was at tillering to jointing stage and single-season rice was at seedling to three-leaf stage. Altogether,crops condition were favorable. Early rice condition in southern South China was slightly below average due to heavy rainfall. Continuous drought occurred in western Northeast China, which may negatively impact on seedling and coming growth of single-cropping rice.

Maize: Spring and summer maize were at seedling to three-leaf stage. Crops condition were overall average.

Soybean: soybean was at seedling period.Sufficient radiation and precipitation in Heilongjiang and Jilin were beneficial for soybean sowing.

Crops condition were overall average in most of the regions adjacent to China, which were due to favorable ago-climatic condition. 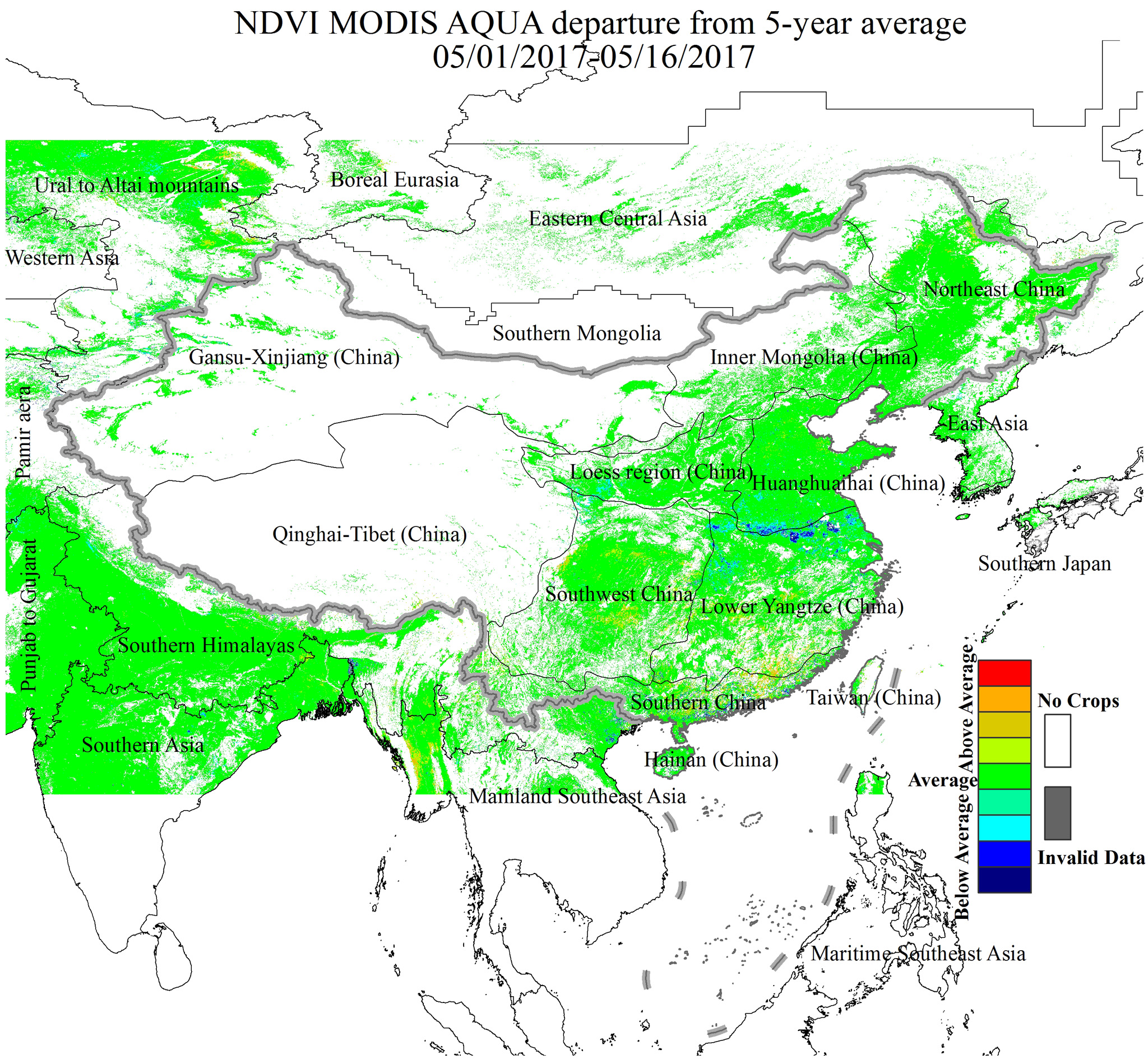