Spring maize was at ripening to maturity stage and summer maize was at silking to ripening stage. Because of favorable agro-climatic condition in the major producing areas for spring (i.e., Northeast China) and summer (i.e., Huanghuaihai region)maize, crops situation was slightly above average.

Soybean was at filling period. In general, crop condition was average.

Crops condition were overall average in the areas adjacent to China. Continuously affected by drought, crops situation in Myanmar, Laos and Vietnam were below average. In contrast, crop condition in northern India was above average due to favorable agroclimatic condition. Crops situation in other regions close to China were average. 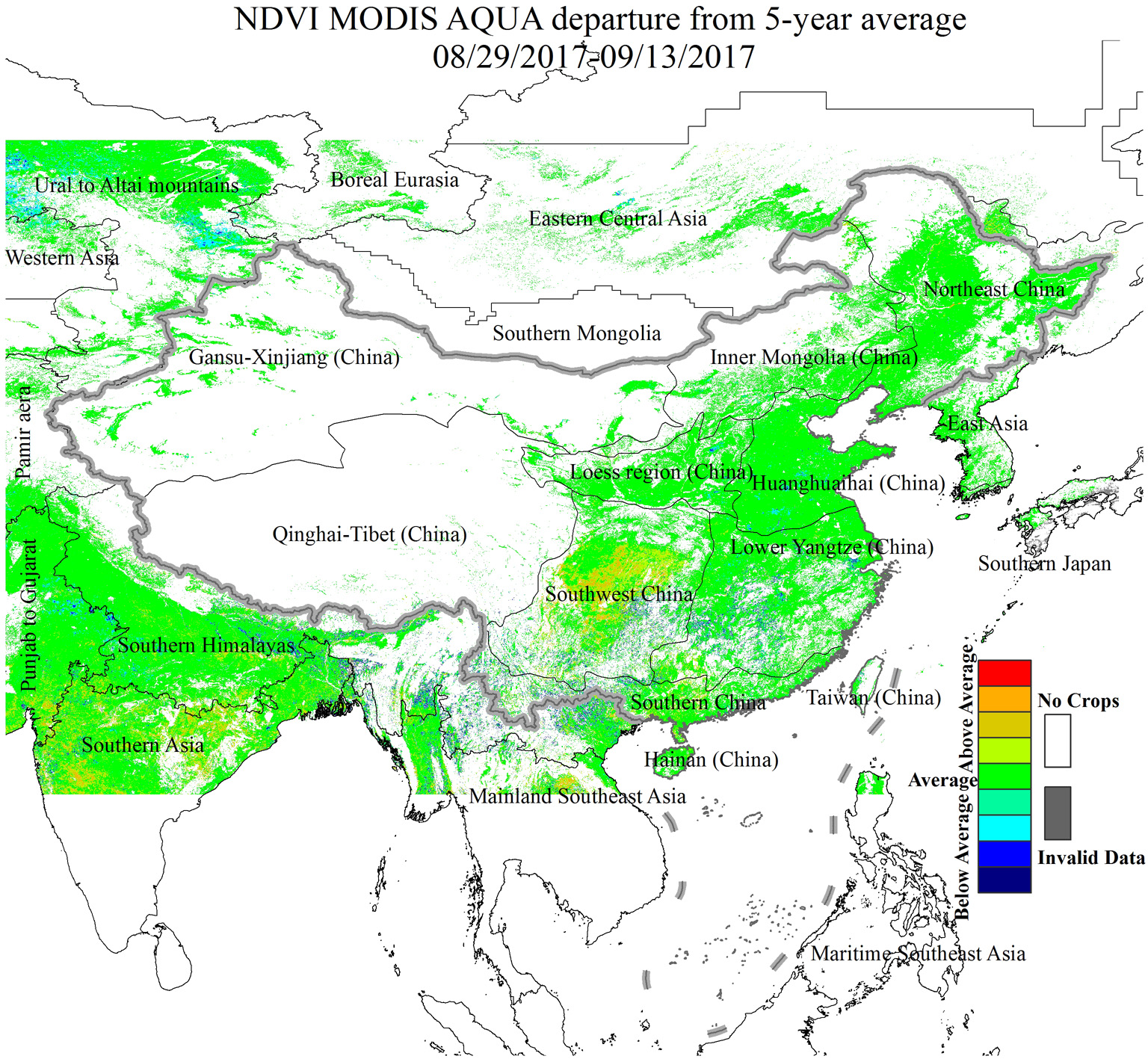