Average crops condition in China during the first half of May, 2018 Monthly updates of crop condition for 2018
作者: 编辑:


This period from 01-May-2018 to 16-May-2018 coincides with the sowing and emergence stage of soybean in northern provinces of Heilongjiang and Jilin, while Rapeseed was being harvested in most of the areas in the south region of the country. At the same time, while the winter Wheat was characterized by the starting period of flowering to harvesting stage for most major producing provinces. The early rice was at jointing to ripening stage in southern China,and the spring maize was generally at early growing stage. 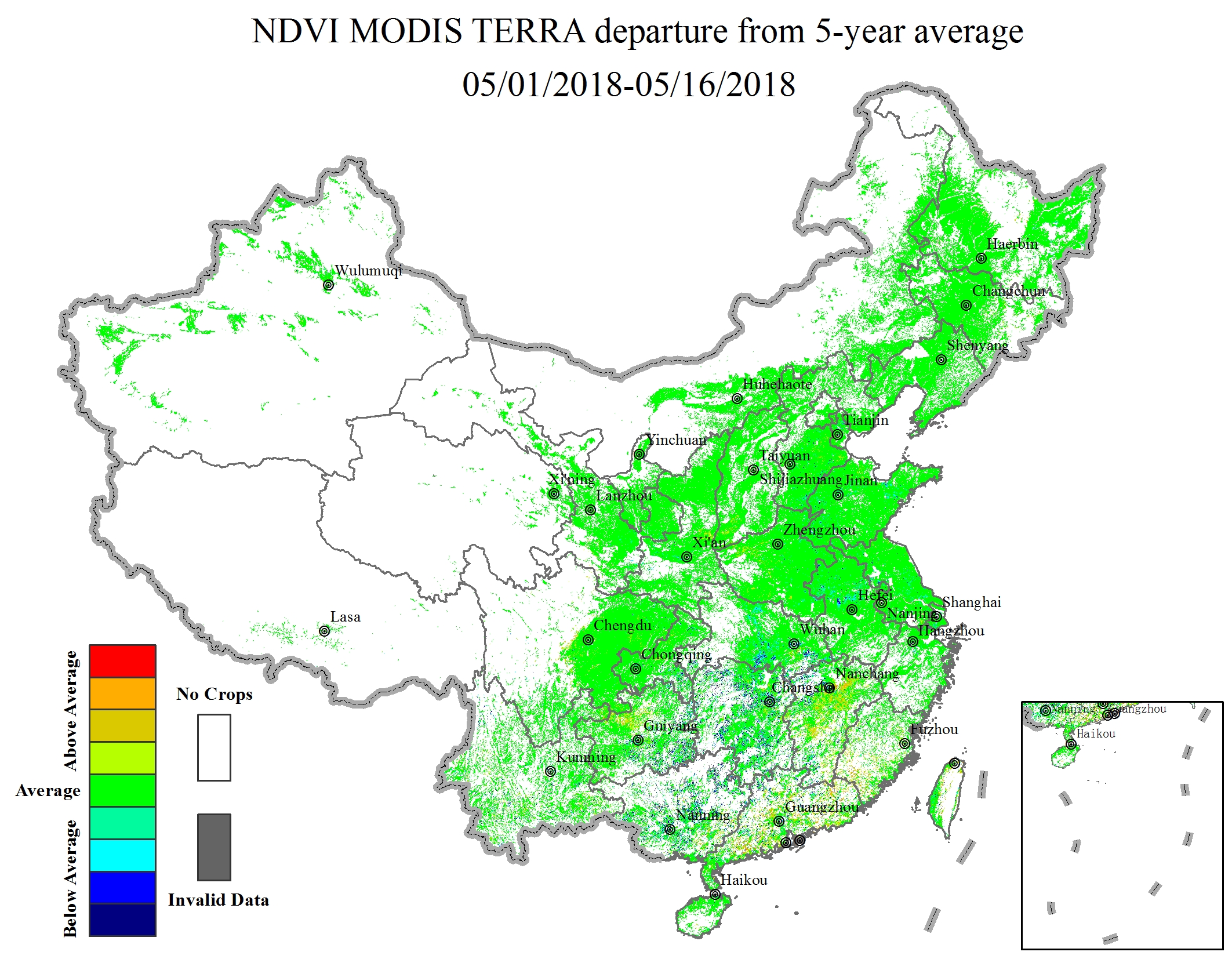