Maize: For the planted summer maize areas, the crop conditions were about the average of the previous 5 years. During this period, the summer maize was in growing season in provinces of Beijing, Tianjin, Henan, and Shandong. In provinces of Guangxi and Sichuan and Chongqing city, the crop conditions for the spring maize(characterized by the maturation and ripening period) were below the average.  Rice: This period characterizes the growing stage of single rice over all the country. Moreover, early rice was at heading to ripening stage.Crop condition was overall above average. Wheat:during the same period, spring wheat was in the flowering stage in most of the region over the country.  Crops condition in the wheat planted areas were about the average. 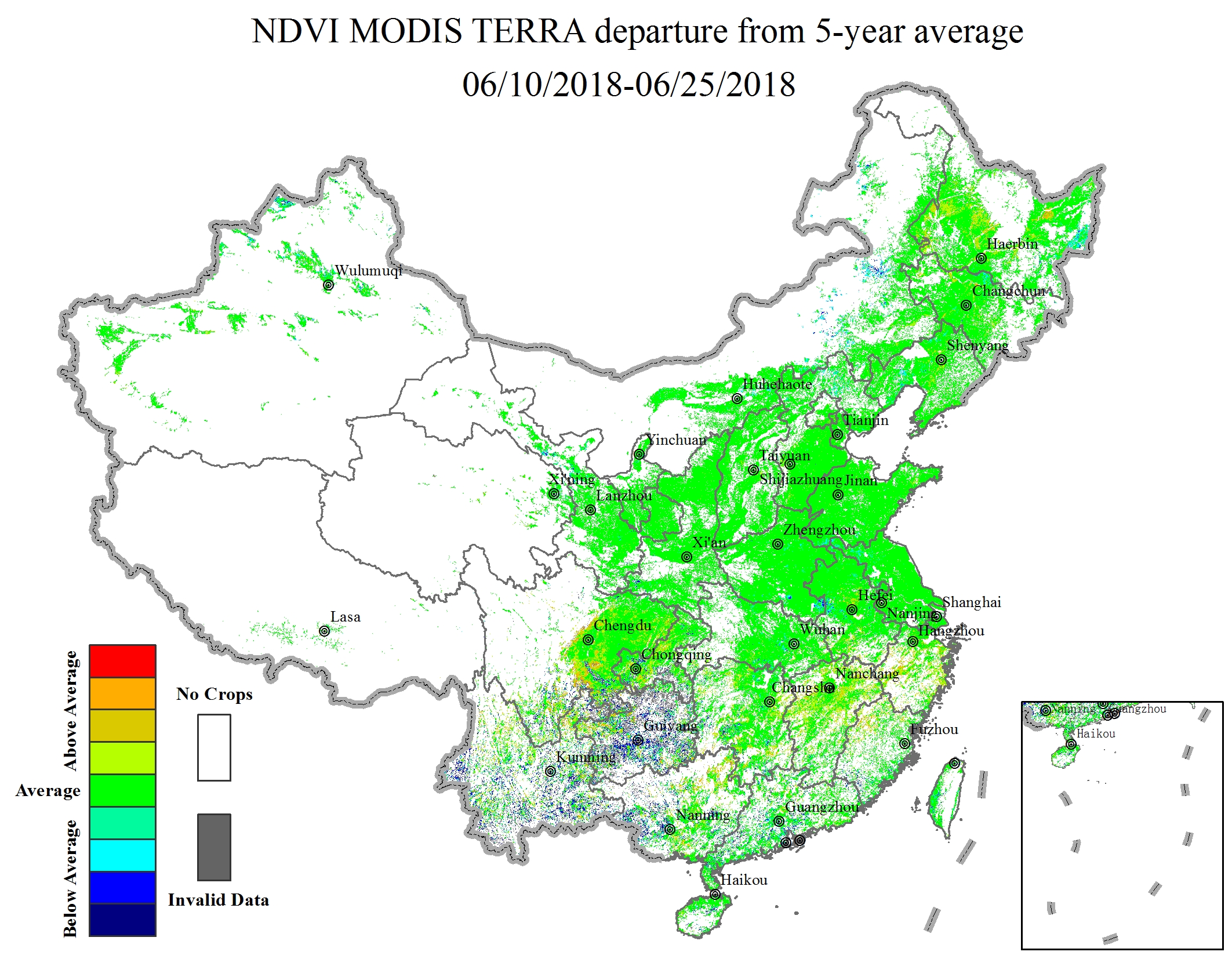