The South and South-east Asia MPZ includes India, Sri Lanka, Nepal, Bangladesh, Myanmar, Thailand, Cambodia, Laos and Vietnam,  a region with very diverse climates, topographies and phenologies. The main cereals are maize and rice. Their main growing season falls into this monitoring period and they reach maturity during the second half of our reporting period.

The agro-climatic conditions were favorable for the development of crops planted during the JASO period, in particular due to abundant precipitation  (RAIN 1534 mm, +21%). The largest amounts were recorded in India (1616 mm, +40%). Rainfall exceeded the average by 400 mm in early September in 18.9% of the area, mostly in central-eastern and southern India,  Sri Lanka and the border area between India and Nepal. Low rainfall with negative departures was observed in Thailand (948 mm, -17%), Cambodia (1181 mm, -8%) and Vietnam (1130 mm, -5%).  Temperature was normal (25.4℃, -0.1℃), especially in most of the south-eastern region (Cambodia, Thailand, Vietnam, Laos and Myanmar). During mid-July heat wave conditions affected central and northern India with temperatures more than 2.5 degrees above average and RAIN down by 100 mm; this is consistent with the low VHI values over this area.

Cropping intensity (CI) varied from 100% (single cropping) to 300% (three crops per year on the same land). The average CI from November 2018 to October 2019 was 141%. Most triple cropping is concentrated in Vietnam, south Thailand and Bangladesh, while double cropping takes place mainly in the southern foothills of the Himalayas in India and the lower Irrawaddy River region in Myanmar. Potential biomass was mostly average (BIOMSS, 676 gDM m-2) but low values occurred between north-east and southwest India while higher values are noted in north-western India and northern Myanmar (departures larger than 20%).

Nearly all cropland was cultivated: average CALF value reached 96%. VCIx in most of the MPZ was above 0.8, locally reaching values as high as 1.0.

In general, in spite of localized floods and droughts, the production of the MPZ is assessed as fair. 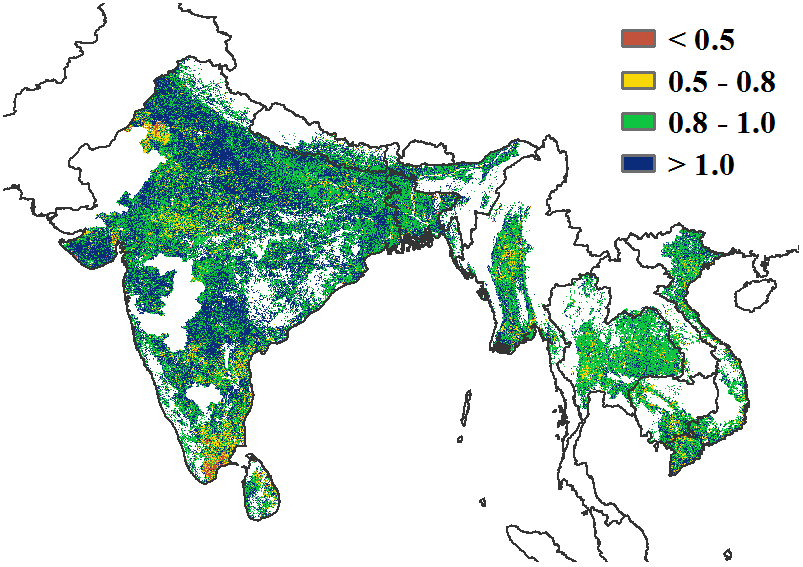 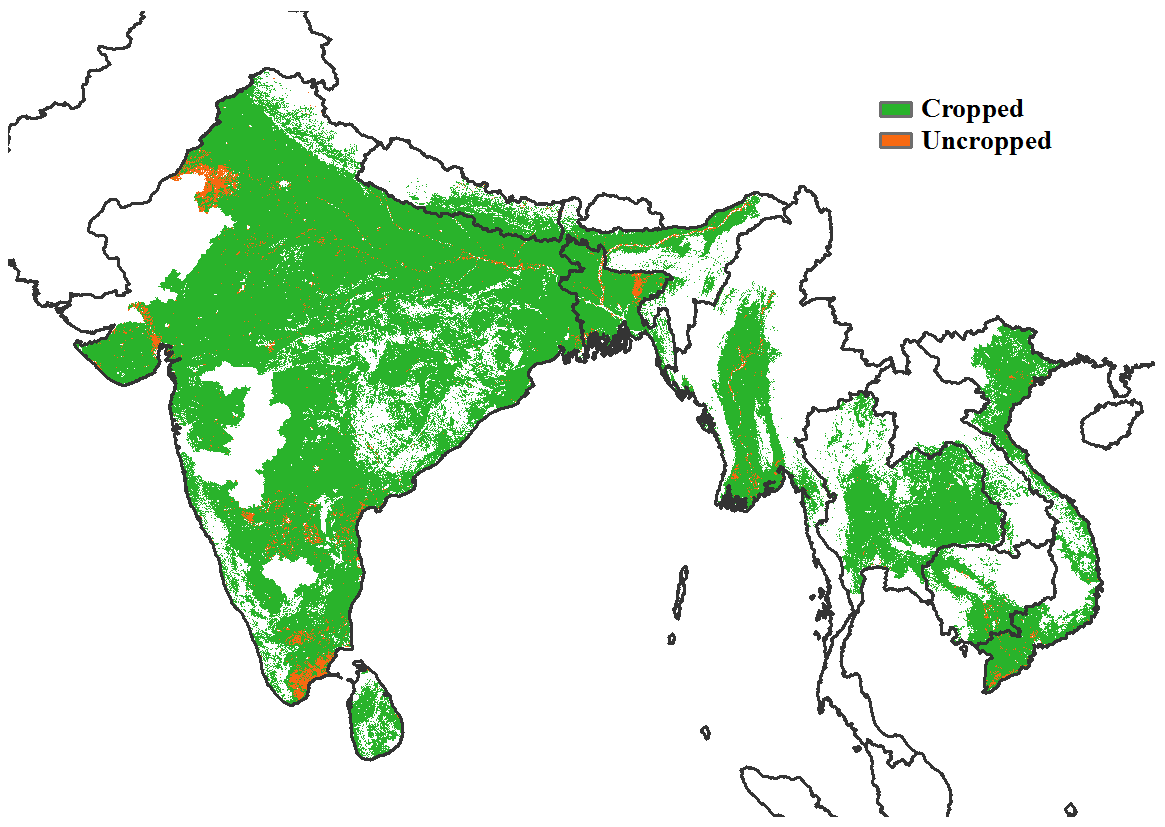 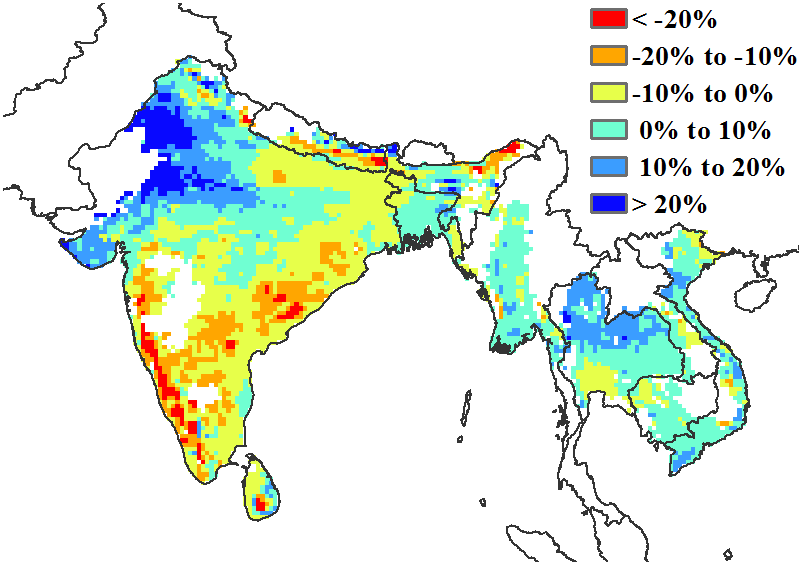 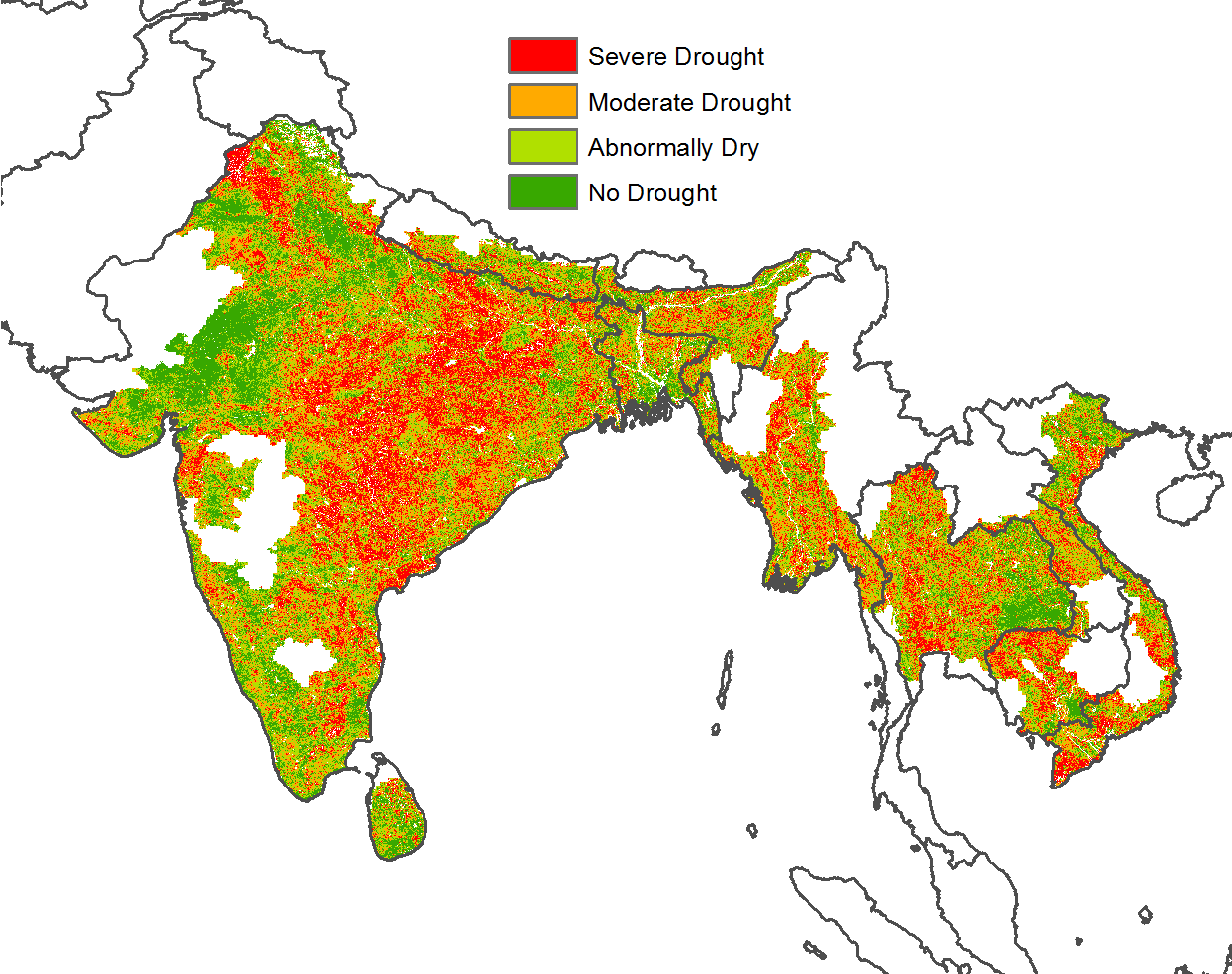 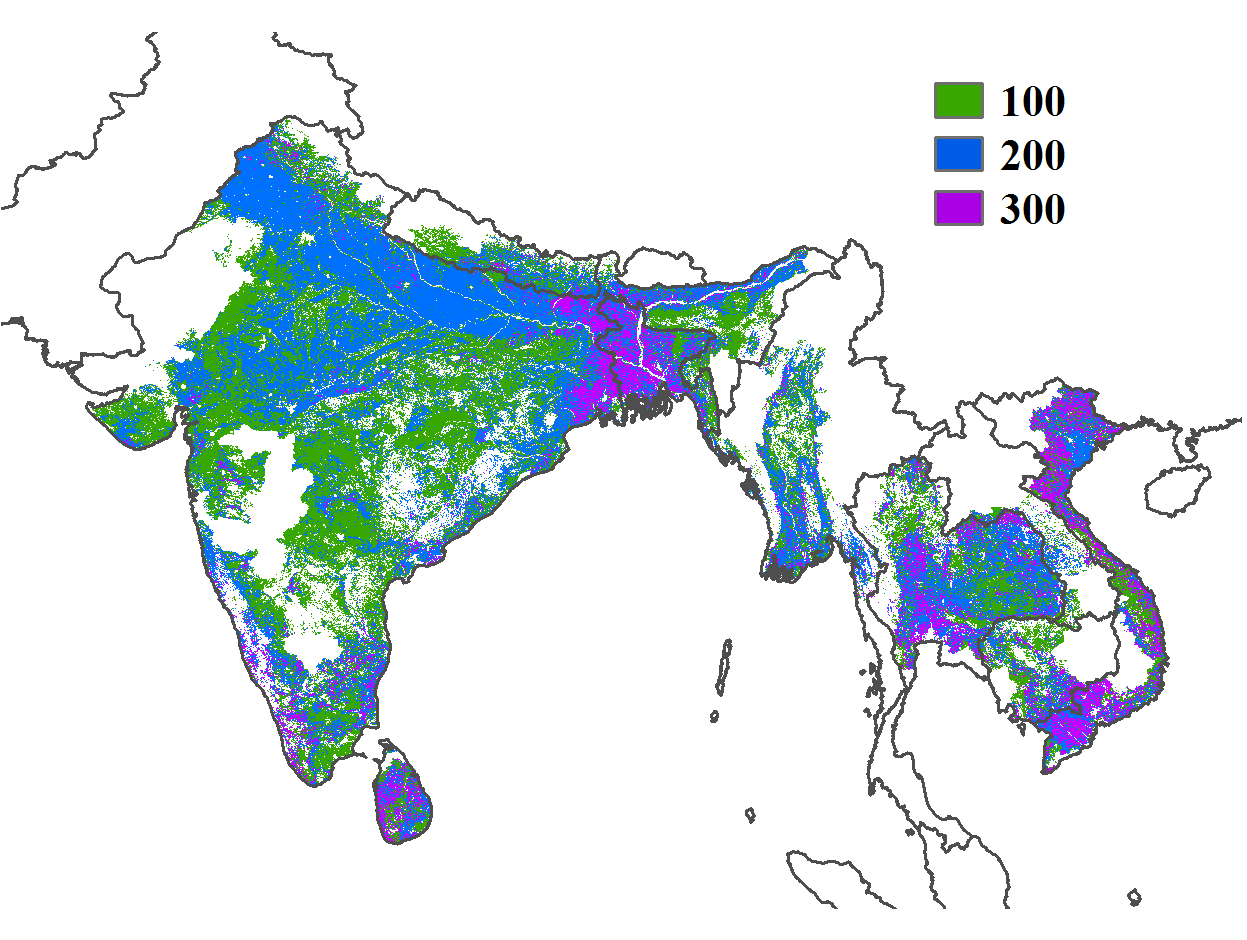