Can you please improve the sentence with the "first" shown below? I could not figure out what this sentence means.

The monitoring period covers the planting and growth of Aman rice and the harvest of Aus rice. The country received average rains (1915 mm). Temperature (26.8°C) was just above the average by 0.1°C, and the photosynthetically active radiation was 1094 MJ/m2 (0.3% up). The BIOMASS was average as well (up just 1%). The nationwide NDVI spatial pattern shows that 6.2% of the cultivated area was above the 5YA, 15.7% was below, and 78.1% was first below the 5YA till Mid-September. The maximum Vegetation Condition Index (VCIx) map shows that the conditions of the current crops are favorable, with the national VCIx value of 0.98. CALF exceeded the 5YA by 2%. According to spatial clusters of NDVI profiles, crops are poor in 15.7% of arable land, dispersed over the country but concentrated in parts of Rajshahi, Bogra and Tangail districts.

Bangladesh can be divided into four Agro-Ecological Zones (AEZ): Coastal region, the Gangetic plain, the Hills, and the Sylhet basin.

The Coastal region recorded 1717mm  of RAIN (-8% compared with average) and the temperature was 27.5°C (+0.2°C). RADPAR reached1221 MJ/m2, which represents a 3% increase over average; BIOMASS exceeded the average by 4%. The CALF value was just 2% higher than average and VCIx at 1.0 indicates good crop condition.

The Gangetic plain received a high amount of rain(1956mm, 10% above average). The temperature was average. RADPAR and BIOMASS both fell 1% below average, while VCIx was at 0.98.

The Hills recorded the highest precipitation in Bangladesh (2459 mm, +10%). The temperature was average (up just 0.2°C), while RADPAR was lower by 2%. The BIOMASS reached 710 gDM/m2 and was 2% below the average. The CALF was average and VCIx reached 1.0, indicating good crop condition. 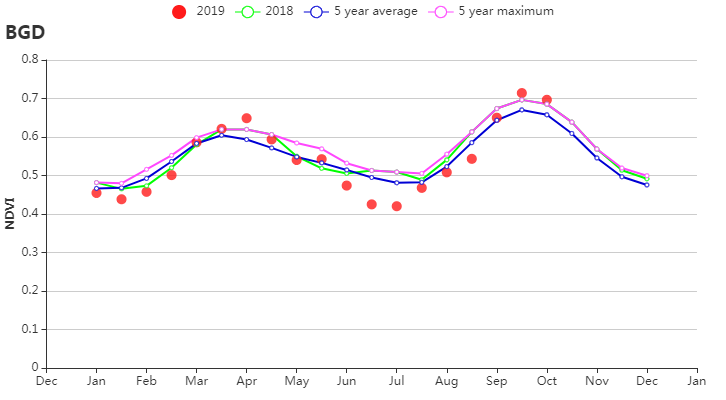 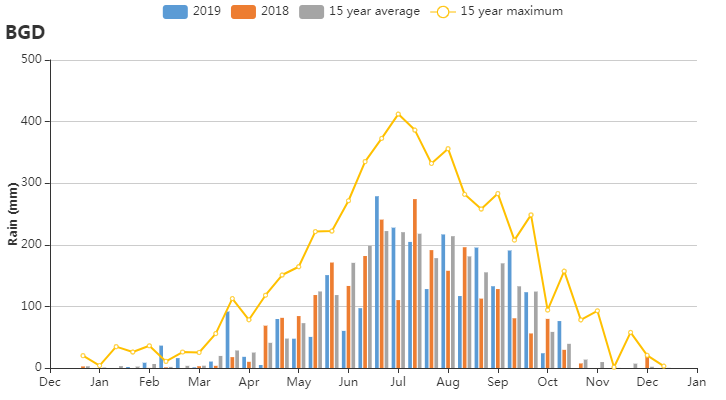 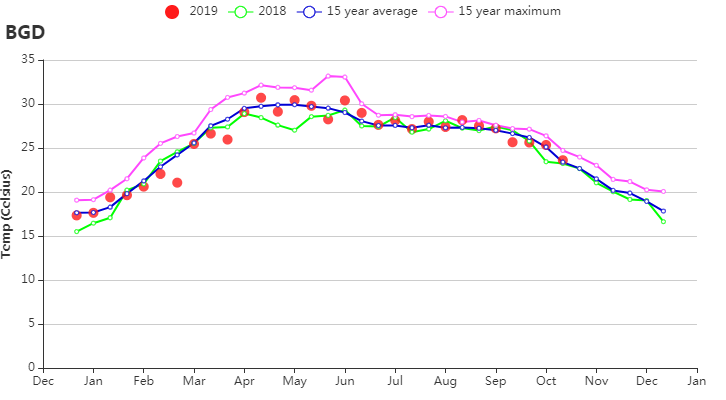 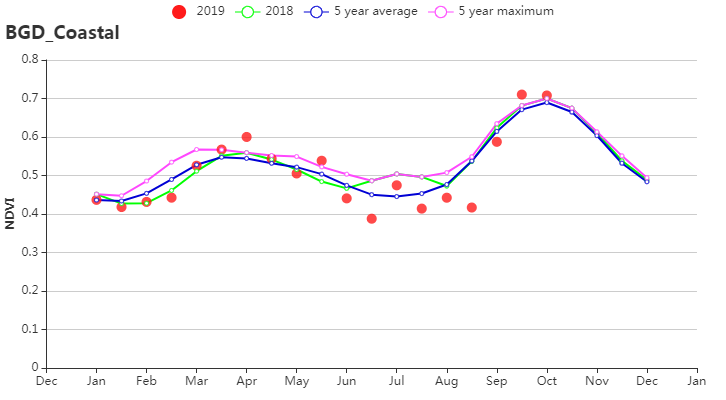 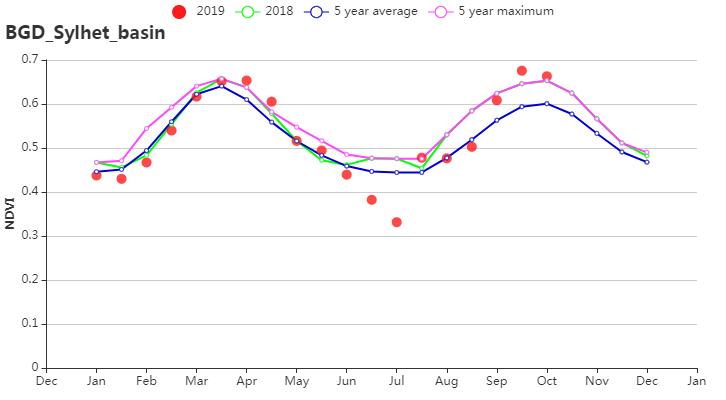