During most of the monitoring period summer crops (rice and maize) were in their growing season until their harvest started at the beginning of October. Winter wheat season is about to start. The cumulative rainfall reached 38 mm, an unusually high amount that fell late in the reporting period. The average temperature reached 25.8 °C (+0.3°C), and the photosynthetically active radiation was 1396 MJ/m2 (+0.1%). The NDVI spatial pattern shows that 25% of the cultivated area was above the 5YA, 52.1% fluctuated around the 5YA, and 22.9% was below. The Vegetation Condition Index (VCIx) map shows that the condition of the current crops is satisfactory. This agrees with the whole country VCIx value (0.83). CALF exceeded the 5YA by 5%. Overall, the crop condition was favorable.

Based on crop planting systems, climate zones and topographical conditions, Egypt can be divided into three agro-ecological zones(AEZ), two of which are suitable for crop cultivation, namely the Nile Delta and the southern coast of the Mediterranean and the Nile Valley.

In the Nile Delta and Mediterranean coast, the average rainfall was 53 mm, while the Nile Valley recorded only 2 mm. Since virtually all crops in Egypt are irrigated, the impact of precipitation on crop yield is limited but additional precipitation is nevertheless always useful. The cumulative photosynthetically active radiation was average in both regions. Rainfed BIOMASS fell 39% in the first region and increased by 89% for the second region which is, however, mostly irrelevant for Egyptian agriculture. The NDVI development graph shows that crop condition fluctuated about the average in both zones, with below average values in October. Both regions have a mixture of single and double-cropping. 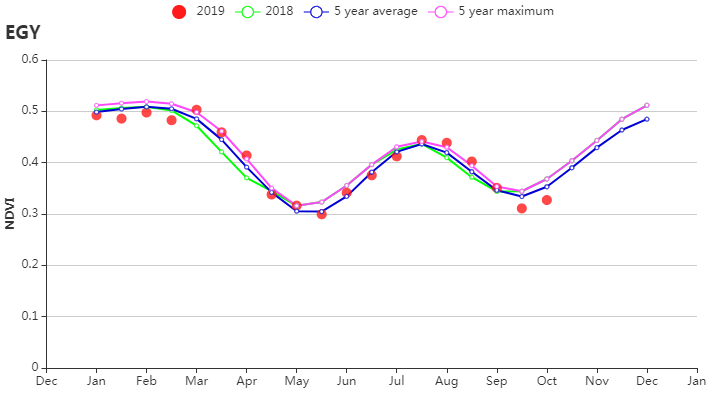 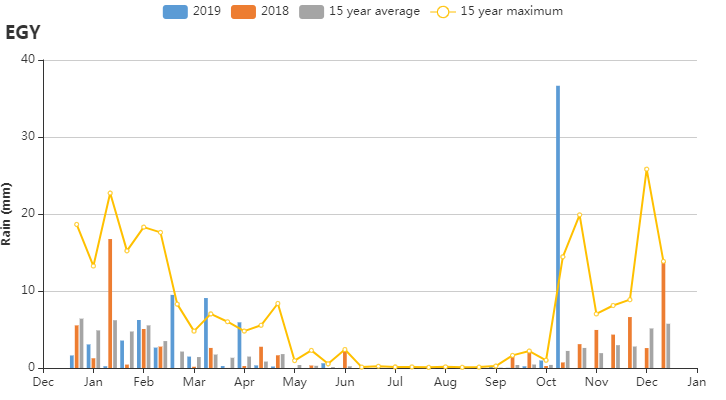 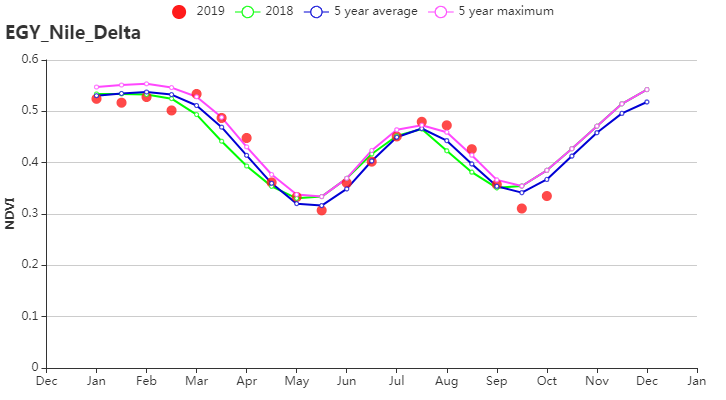 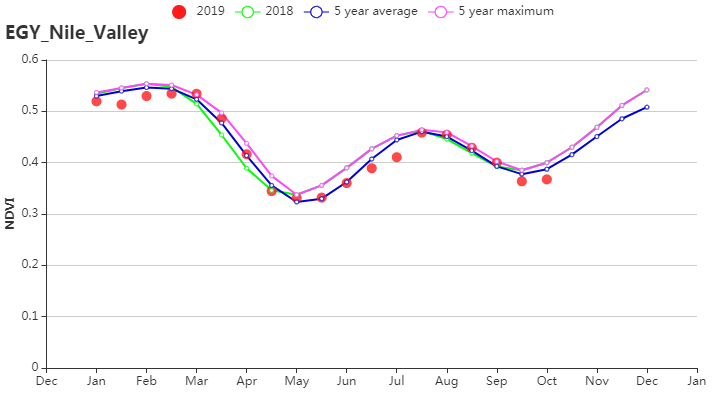