The two  main cropping seasons of Ethiopia are referred to as Belg and Meher. Meher corresponds to the main rainy season from June-September and includes all the crops  that are harvested from August, and sometimes as late as December. The peak of rainfall is usually recorded during July and August but rainy seasons may be very long and bimodal, especially in the drier parts of the country. Most of the cereal crops were in full growth during the reporting period. Meher rmaize was harvested during October.

At the national level, the CropWatch  indicators had RAIN at  977 mm, 9% above average. The temperature (TEMP) and sunshine (RADPAR) were close to average. BIOMASS fell 13% compared to average, which is confirmed by the NDVI development graph showing below average crop condition at the national scale. However, spatial NDVI patterns indicate that NDVI was above average in 34.3% of arable land and below-average elsewhere. This spatial pattern is reflected by the maximum VCI in the different areas, with high values of VCIx at 0.99 and a 1% increase in CALF. Most other regions had VCIx values between 0.8 and 1.0. Generally, even though the crop condition from the national NDVI profile was below the five-year average, the agronomic and agro-climatic indicators show that conditions were favorable and correspond to fair Meher crops.

The central-northern maize-teff highlands, south-eastern mixed-maize zone, semi-arid pastoral zone, and western mixed maize regions, are the major cereal and grain-producing areas of Ethiopia reported on in the analysis below.

Maize and teff are commonly cultivated in the Central-northern maize teff highlands. Compared to the 2018 JASO period, rainfall was high during the current season  at 1028 mm, 5% above average.  Temperature and radiation were somewhat below average with TEMP down 0.1°C and RADAR down -2%. Even though rainfall was above-average, the total biomass production potential underwent a 13% drop; CALF was up 1%. The region had above-average VCIx (0.98). The NDVI development graph shows  below 5YA crop condition. Most parts of the AEZ practice single cropping and cropping intensity rose 5%. Crop condition was favorable and a good harvest is expected.

The southeastern mixed-maize zone contains central Oromia and northern Amhara and grows mainly maize and teff. The total amount of rainfall reached 462 mm,  a significant increment above average (+35%). Temperature was below 15YA while RADAR was up 1%; BIOMSS fell -17%, which likely resulted in low livestock feed availability. CALF increased by 4% above the five-year average, and the maximum VCIx value was 1. Similarly, the Crop condition was above 5YA average according to the NDVI development graph. Overall the crop condition of this zone was favorable.

The production of crops is limited in the Semi-arid pastoral zone. Rainfall was low (145mm) but nevertheless significant higher than average by 37%, with BIOMSS up 4%, which has favored range-land production in this predominantly pastoral area. Sunshine and the cropped arable land fraction were below (RADPAR -1%, CALF -16%) but  VCIx exceeded 1, indicating a favorable livestock situation.

The Western mixed maize zone recorded 1619 mm of rainfall (RAIN +21%). Other CropWatch agro-climatic indicators such as temperature and RADPAR were below average (TEMP -0.6°C, RADPAR -3%). Similarly, the Crop condition was below average according to the NDVI development graph, an observation confirmed by the significant drop of total biomass production by18% compared to the five-year average. CALF remained constant, with a high VCIx value recorded for the region as a whole (1.00). In this zone, the cropping intensity (108%) remained constant compared to the last five years. In general, the conditions was favorable for crop production.

(a) phenology of major crops 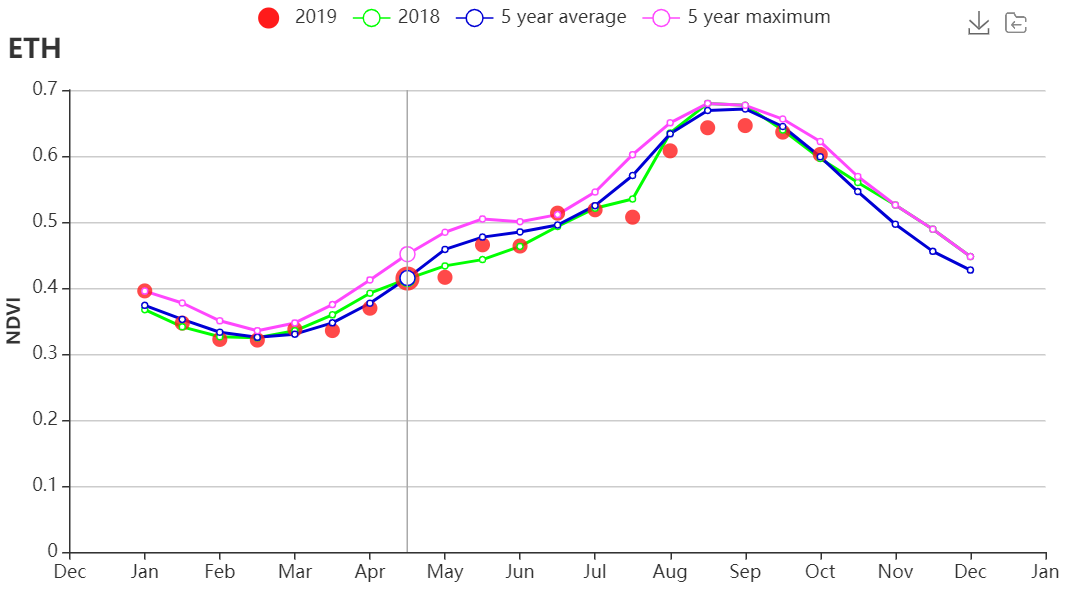 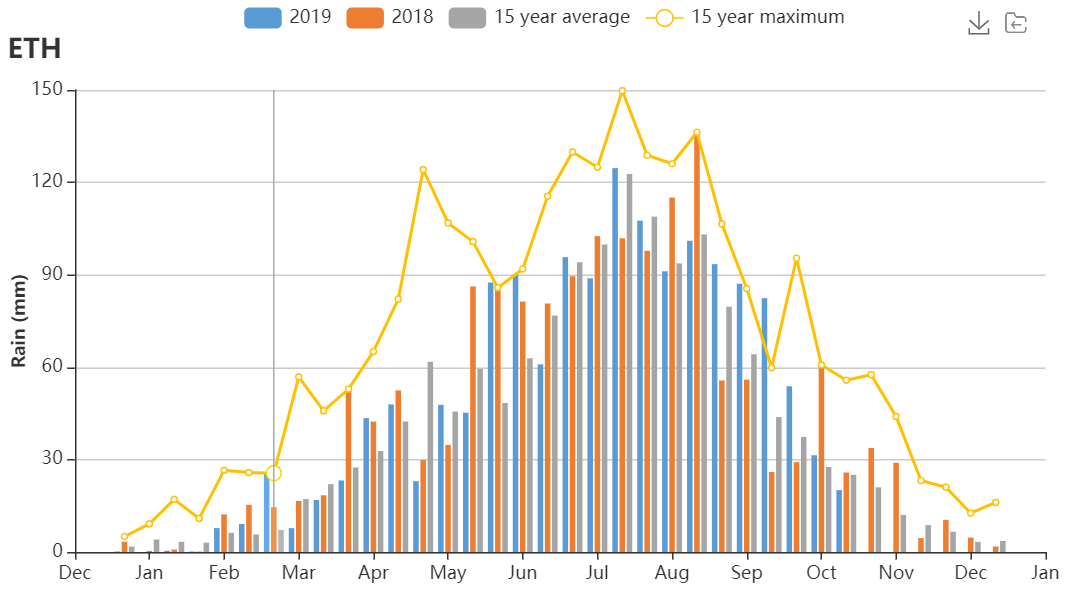 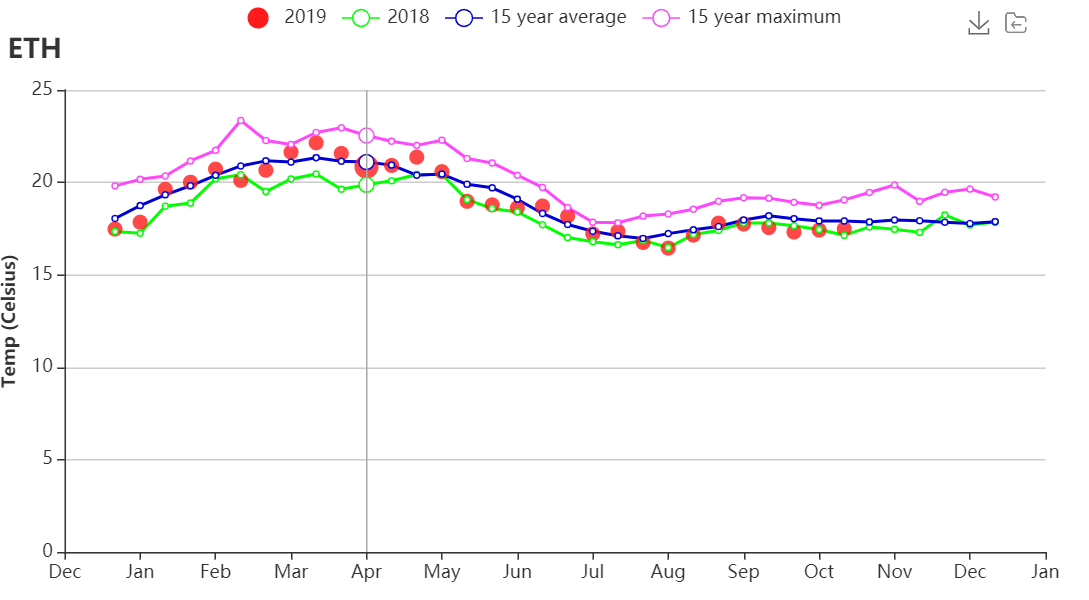 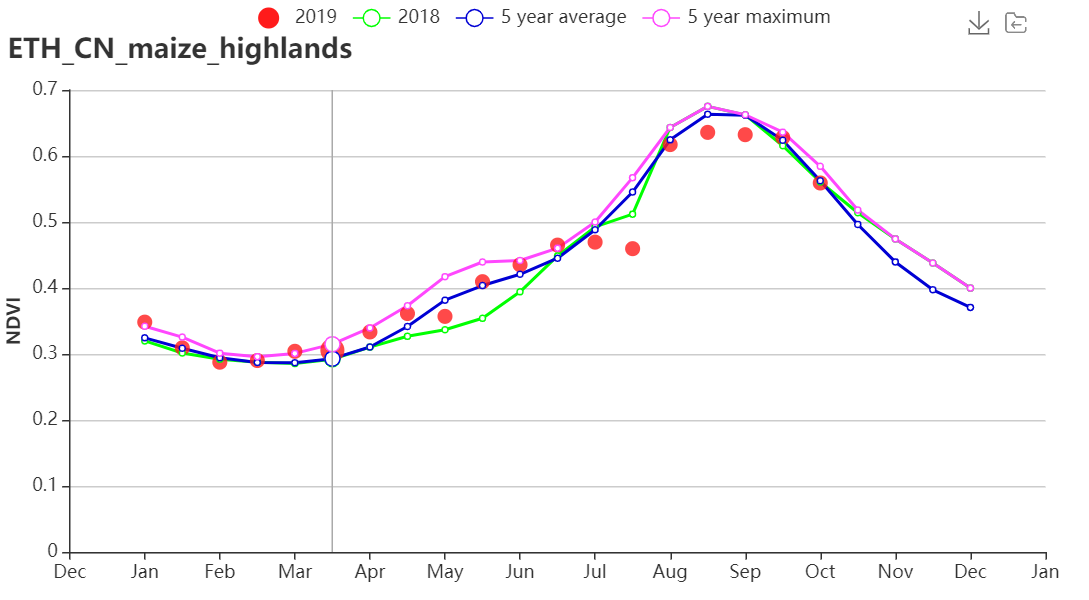 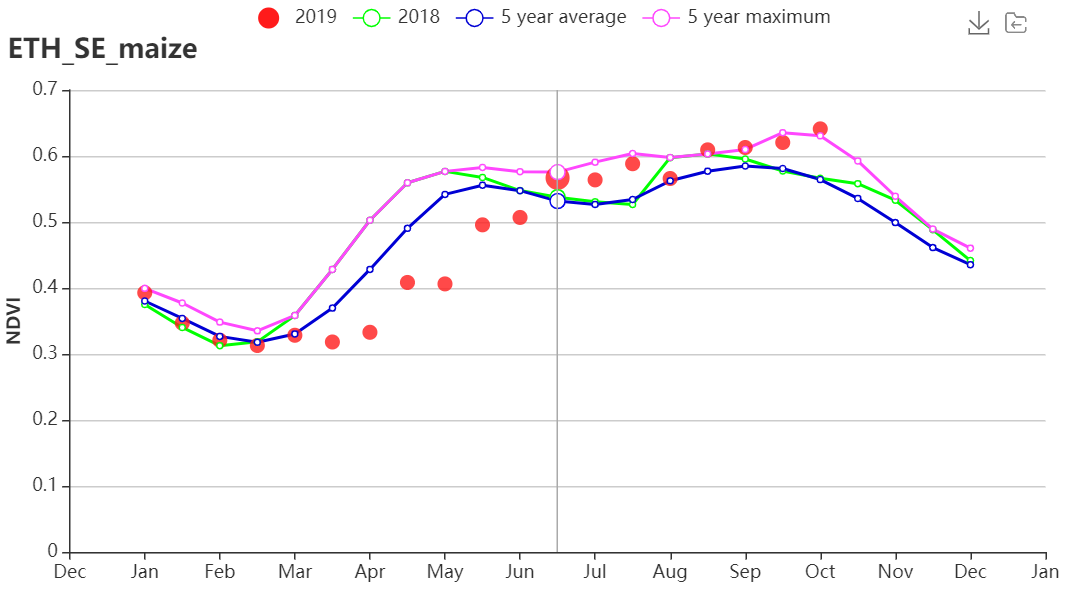 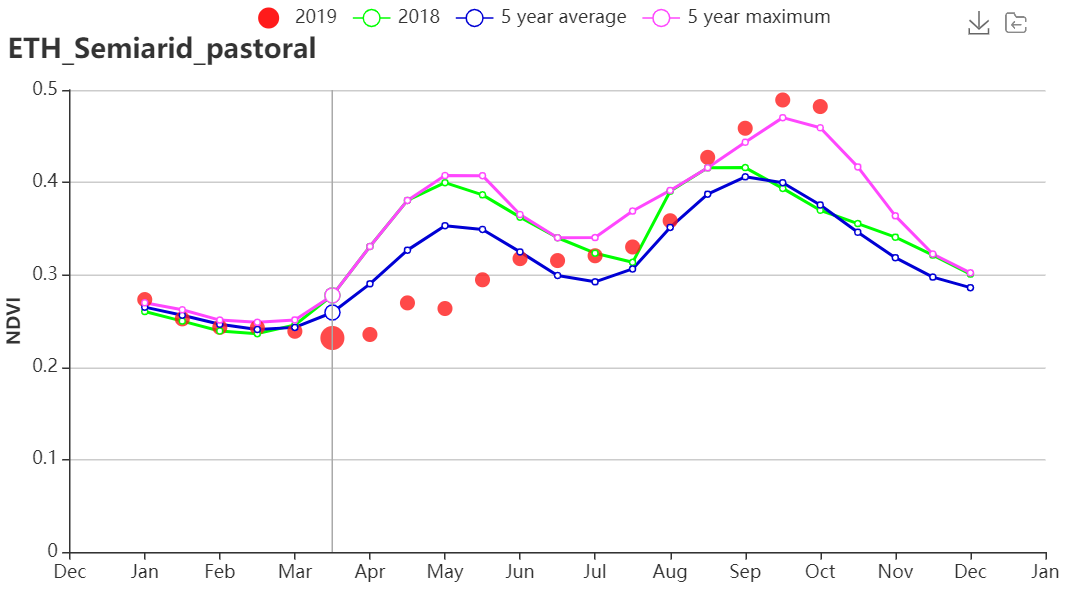 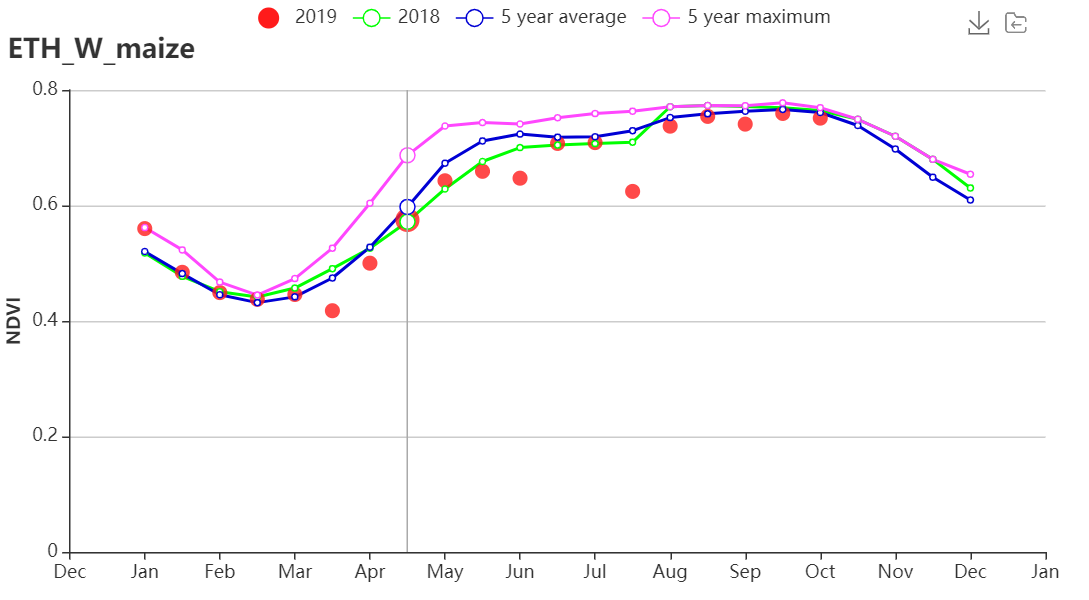