Both the rainfall and RADPAR experienced increases above average, a significant 52% and 5 % respectively. The temperature was about average ( down 0.2°C) with cropped arable land fraction up 6%. The significant above-average of rainfall nevertheless resulted in a drop in  BIOMASS (-3%). As shown by the crop condition development graph, national NDVI values were mostly above those for the five-year average. The spatial NDVI patterns further indicate that NDVI is above average in 57.5% of arable land (around Nairobi, Murang’a and Nyeri, with below-average NDVI in the other regions. This spatial pattern is reflected by the maximum VCI, which averages 0.93 countrywide. The national crop condition is assessed as generally favorable.

The Coast includes the districts of Kilifi, Kwale, and Malindi. During the monitoring period, except temperature, all CropWatch agro-climatic and agronomic indicators were above average. The rainfall was recorded as 615 mm with a significant increase by 150 % compared to average. RADPAR also exceeded average by 5% and biomass was up 3%. The NDVI profile stayed below the five-year average with slight fluctuations throughout the reporting period. VCIx reached 0.96 with CALF up 10%. The cropping intensity was 180%, 19% above the 5YA.  Conditions were favorable for both livestock and crops in the coastal areas.

The Highland agriculture zone recorded 416 mm of rain, above-average by 38%. While the temperature was average ( TEMP up just  0.1°C) BIOMSS fell by -6% and sunshine was up (RADPAR +4%). In the highland agriculture zone, the NDVI profile was average during the whole reported period. The maximum VCIx value was recorded at 0.90. In this area the cropping intensity was ranked as double-cropping(150%) with a positive departure of 24%. In general, the crop condition was favorable.

In the northern region with sparse vegetation, except for the stable temperature all CropWatch agro-climatic and agronomic indicators were above average. Compared to other regions, the total rainfall was low (RAIN 345 mm) but nevertheless about double the average. This region is mostly pastoral and a 2% increase in BIOMSS has benefited livestock. RADPAR slightly increased by 3%.  The NDVI  development curve shows values below the five years average during the entire monitoring period. The maximum VCI was high at 1.00 with a significant increase in CALF (+55%). The cropping intensity (ranked as single cropping, 98%) recorded a negative departure of 1%. Overall, the CropWatch indicators point at favorable conditions.

South-west of Kenya includes the districts Narok, Kajiado, Kisumu, Nakuru, and Embu which are major producers of long rain wheat and maize. The total amount of rainfall recorded during the reported period reached 562 mm (43% above average). All CropWatch indicators were recorded as above average, except for the minor negative departure in temperature (-0.6°C). The total biomass production was above average (+1%). RADPAR was up 10% and CALF  27%. NDVI was above the five-year average during the entire monitoring period with a maximum VCI value of 1.00 In the South-west of Kenya, the cropping intensity was 144% and ranked as double cropping with positive departure of 12% compared to the last five-years. In general, the crop outlook is favorable in south-west of Kenya.

(a) phenology of major crops 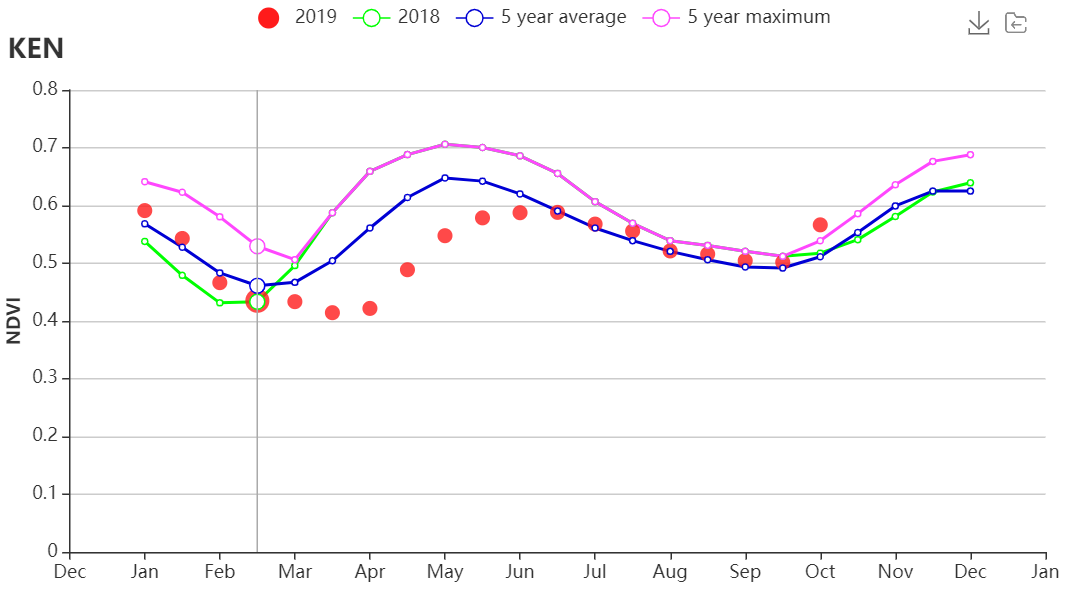 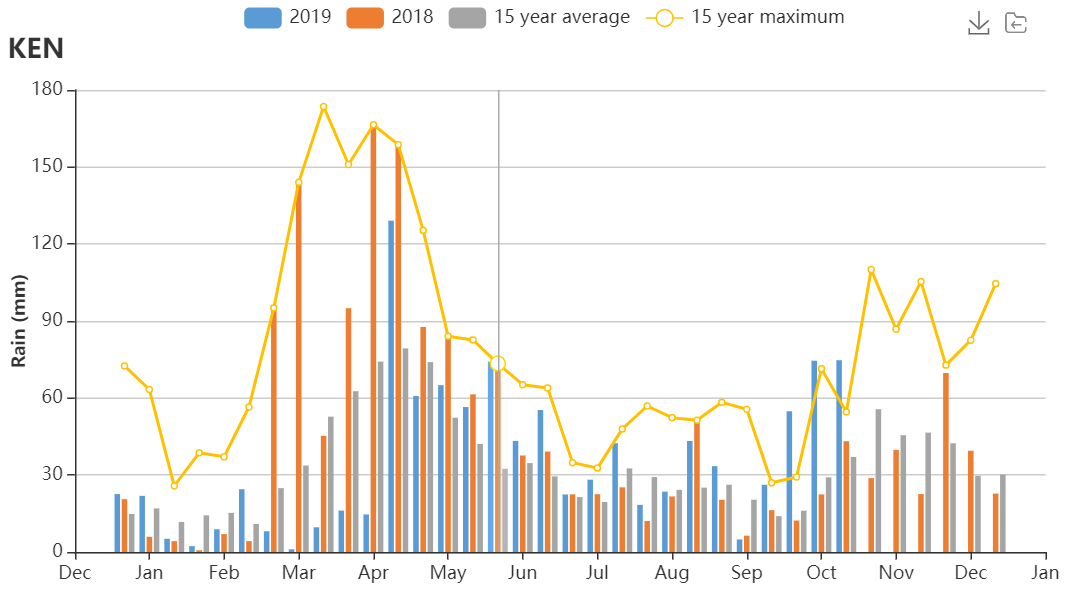 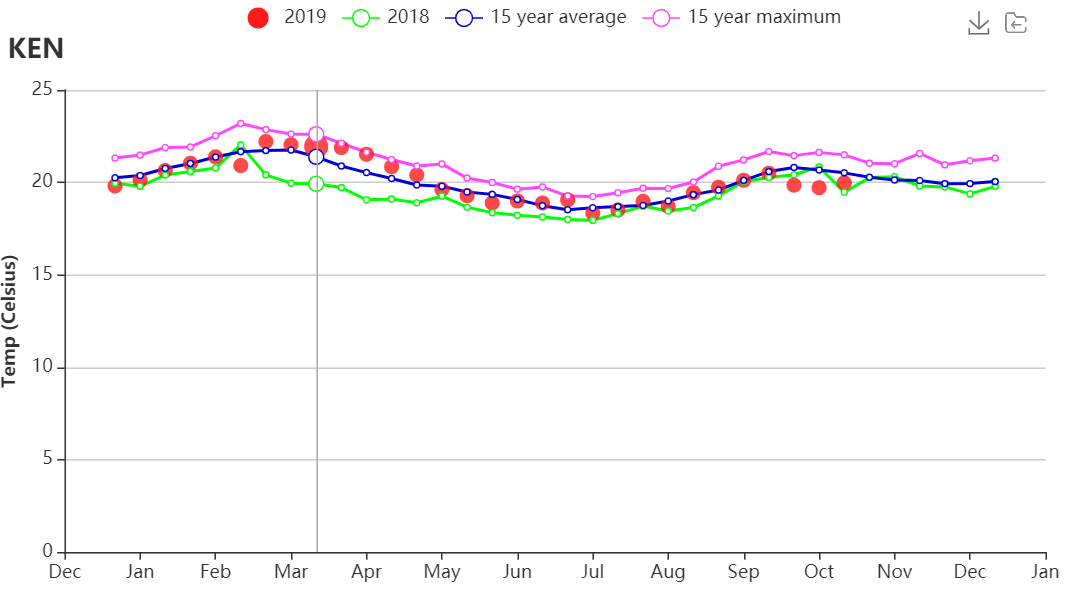 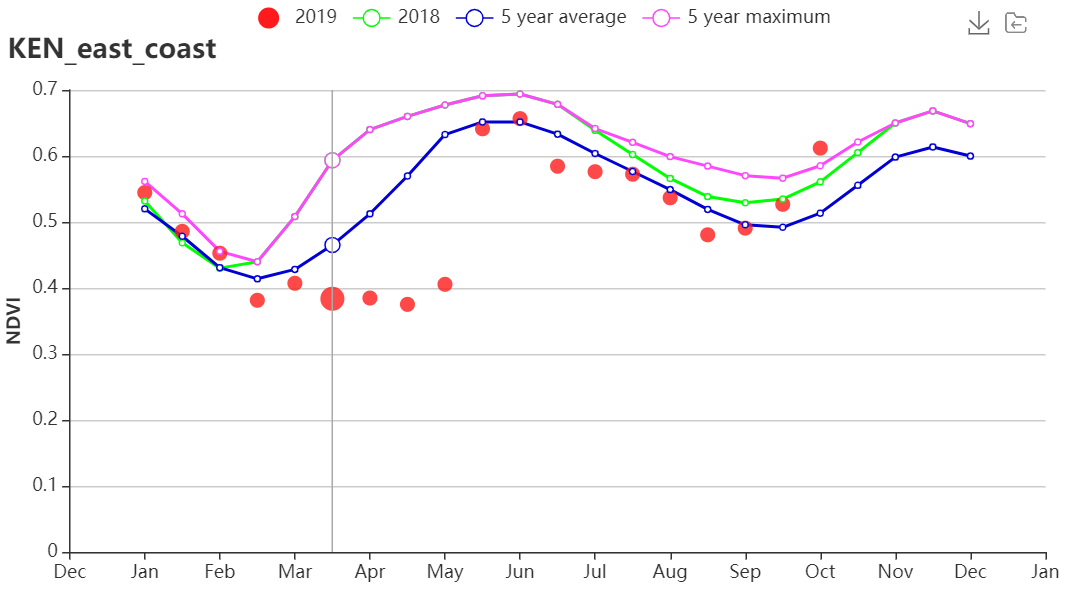 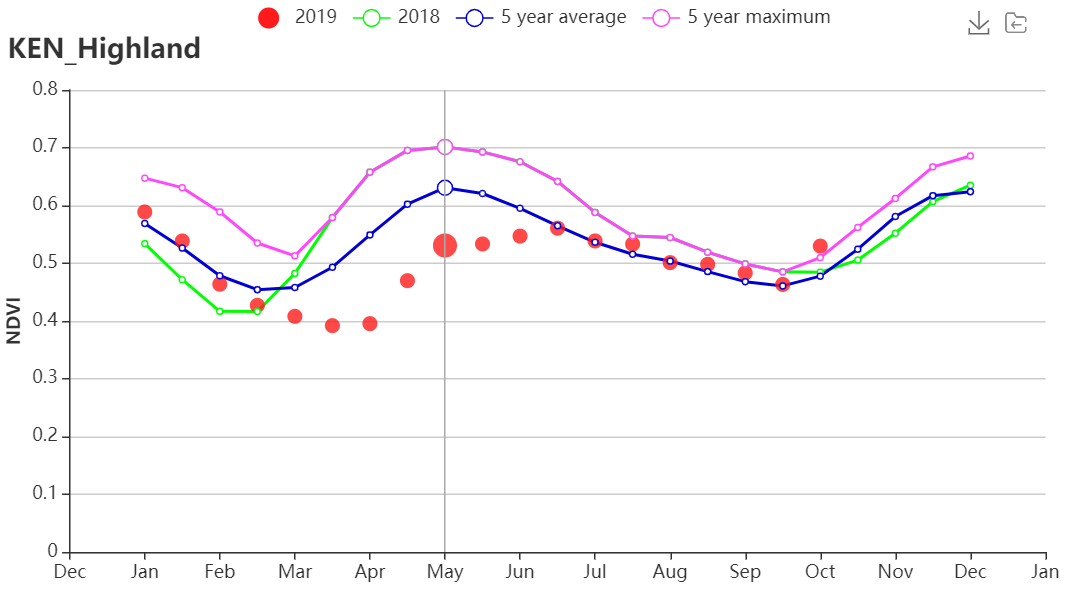 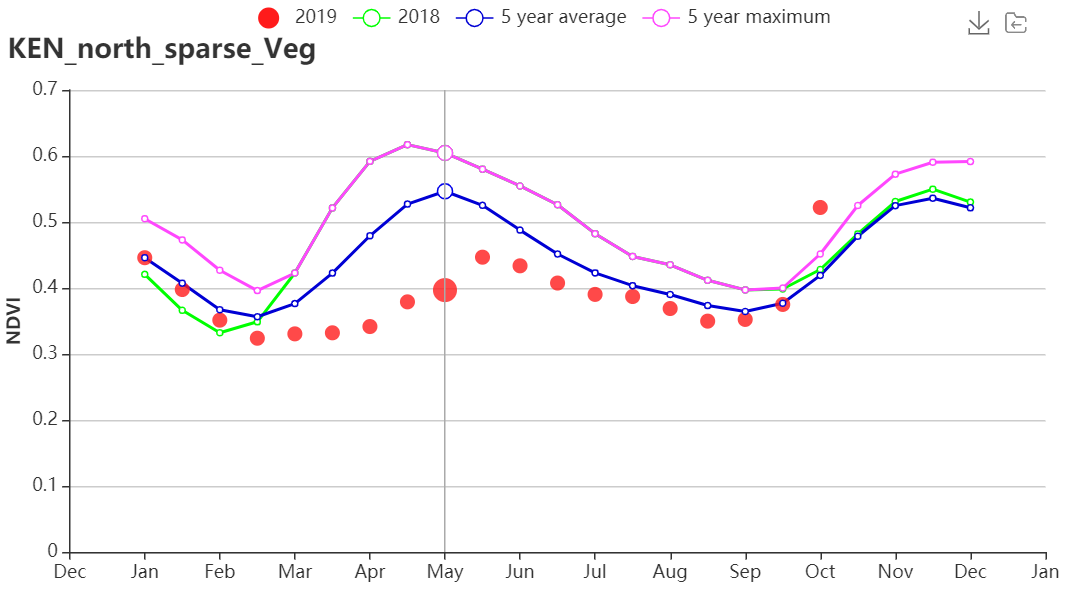 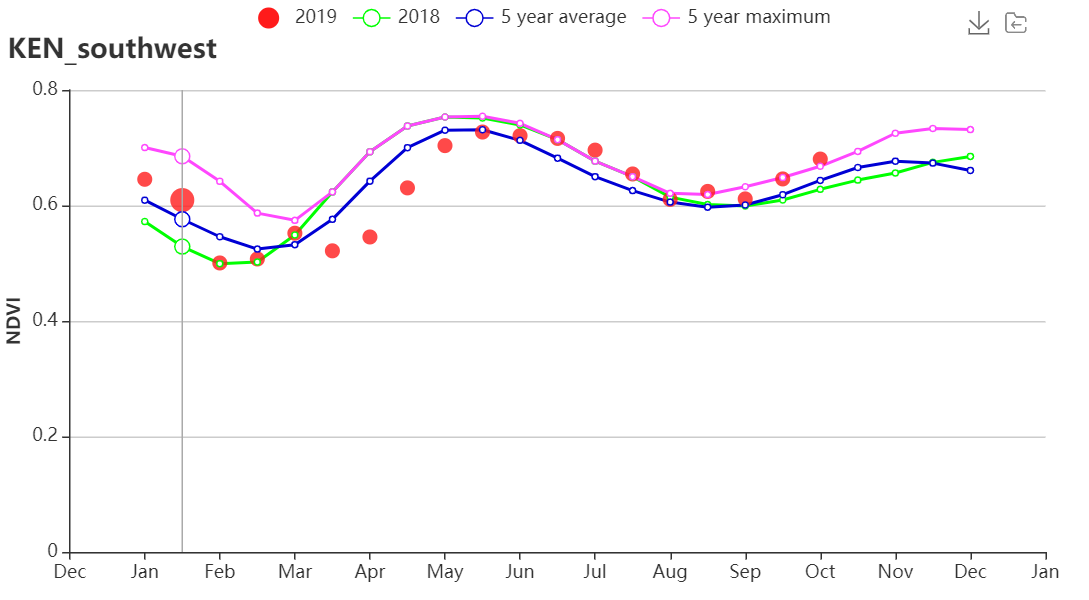