The report covers the harvest of maize in August and September as well as the harvest of winter wheat (up to August) and the subsequent planting of the crop for the 2019-20 season. The national average of VCIx reached 1.00 and CALF increased by 19%. TEMP and RADPAR were above average (by 0.4°C and 1%, respectively) with precipitation down 17%. BIOMSS fell 2% compared to the fifteen year average.

The NDVI development curve shows below average crop condition in July and October, and positive departures in other months. Accordin gto the NDVI profile maps 71.9% of agricultural land was on or above average throughout the reporting period. This includes mainly part of the following provinces: Jizzakh, Guliston, Almalyk, Termez, Denau, Altynkul, Qunghirot, Chimbay, Urganch, Mubarek, Kasan, Samarqand, Kattakurgan, Nawoiy, Bukhoro, Gizhduvan and the eastern four provinces (Quqon, Namangan, Andijon, Farghona). In other regions, crop condition was below average.

Additional information is provided below for two agro-ecological zones:  the Eastern hilly cereals zone and the Aral Sea cotton zone.

In the Eastern hilly cereals zone,NDVI was below and close to the five-year average in July and October, and above average from August to September. TEMP and RADPAR were above average (by 0.4°C and 1%, respectively) while RAIN and BIOMSS were below average (-14% and-8%, respectively). The maximum VCI index was 0.99. The cropped arable land fraction and crop intensity increased by 21% and 76% compared to the last five years. The crop condition was favorable.

In the Aral Sea cotton zone, crop condition was above average in July to late August and below in September and October. Precipitation was well below average during the monitoring period(RAIN -55%) but temperature and radiation were slightly above (TEMP 0.4°C and RADPAR 1%). The BIOMSS index increased by 14%. The maximum VCI index was 1.02.The cropped arable land fraction and cropping intensity increased by 14% and 46% over the 5YA. Overall, the crop condition is assessed as favorable. 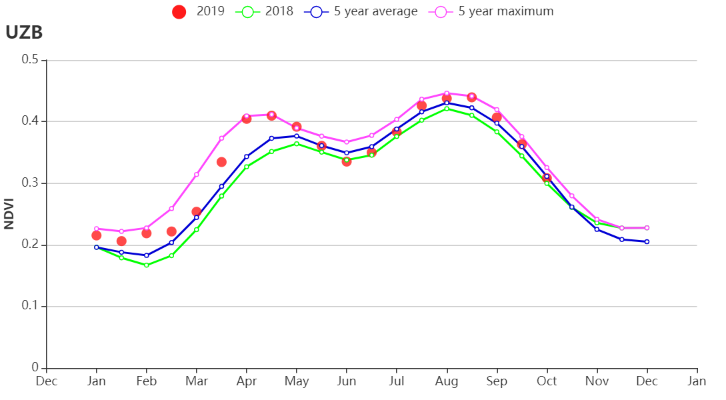 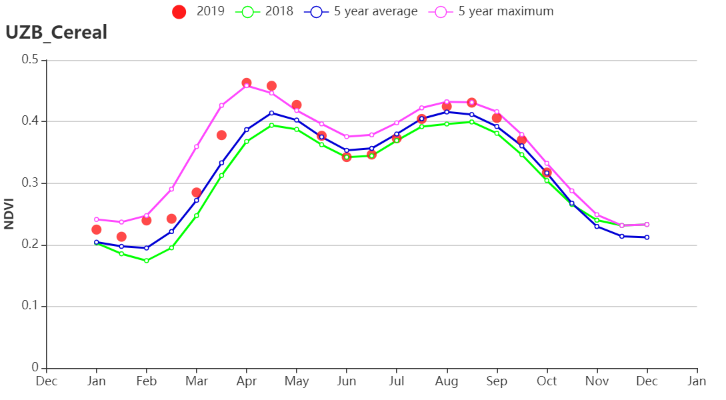 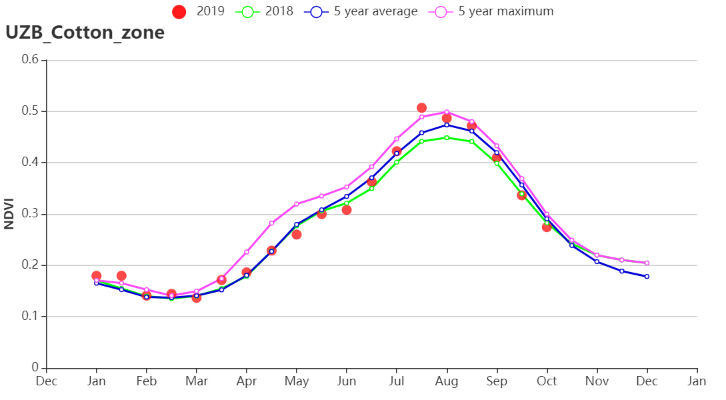 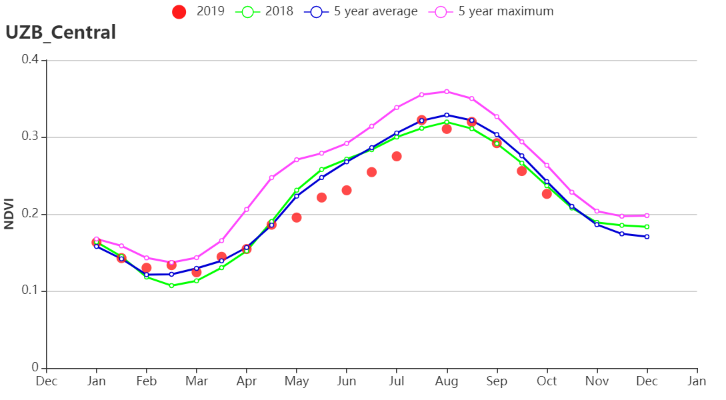