Neutral El Nino condition prevail across the Pacific Ocean. Figure 5.7 illustrates the behavior of the standard Southern Oscillation Index (SOI) of the Australian Bureau of Meteorology (BOM) from October 2018 to October 2019. Sustained positive values of the SOI above +7 typically indicate La Niña while sustained negative values below −7 typically indicate El Niño. Values between about +7 and −7 generally indicate neutral conditions. During the current season, SOI increased gradually from -5.6 in July to -4.4 in August, then decreased sharply to -12.4 in September, then increased to -5.6 in October 2019 again, indicating a neutral El Nino situation. The sea surface temperature anomalies in October 2019 for NINO3, NINO3.4, and NINO4 regions were +0.3°C, +0.6°C, and +1.0°C, respectively,  somewhat warmer than the 1961-1990 average according to BOM (see Figure 5.8-5.9). 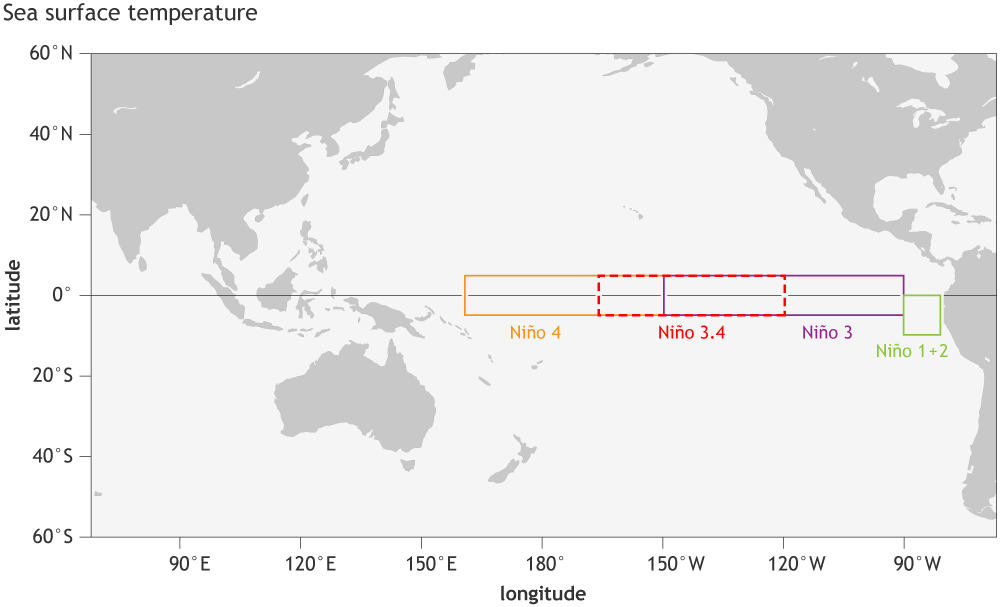 Next to the "standard" El Niño, the Indian OceanDipole (IOD), also known as the Indian El Niño, is an irregular oscillation of sea surface temperature in which the western Indian Ocean becomes warmer and then colder than the eastern part. The current period experiences a strong positive IOD. Although IOD index values have decreased compared to values observed in recent weeks, the recent weekly value to 10th November was +1.67℃ [4], indicating that significantly warmer than average water remains close to the Horn of Africa, and cooler than average water persist in the eastern Indian ocean, south of Indonesia. As a result, higher evaporation off the African coastline is being dumped inland as rainfall [5-6].