The monitoring period covers mainly the harvest of the long rain maize crop and wheat, as well as the sowing period and early growth phases of short rain maize. Desert locusts had entered into Kenya from Somalia through Wajir and Mandera in late December. Since the harvest of maize and wheat was already concluded, the impact on early maize and wheat was limited. However, the locust already damaged the rangeland and might damage the maize in the south of the country which was cultivated during short rain season. At the national level, the CropWatch indicators had RAIN at 831 mm (+122%). Soil moisture is favorable for rangeland along the coast in the south-east and for the planting of long rain maize crops during March. While temperature (TEMP) (-1°C) and RADPAR (-6%) were below average, CALF (+5%) was above average. BIOMASS was estimated to be below average (-8%). As shown by the NDVI development graph, national crop condition values were above the five-year average.  In addition, spatial NDVI patterns indicate that NDVI was above average in 78.4%of arable lands, mostly around North-west Kitui, Machakos and Kirinyaga and below average elsewhere. This spatial pattern is reflected by the maximum VCI in different areas, with high values of VCIx at 1.09.  Country-wide, CALF was up by 5%.  VCIx values were between 0.8 and 1.0. Generally, even though some CropWatch indicators were below average, crop conditions according to the national NDVI profile and rainfall were above average. This resulted in overall favorable conditions for crops.

The Coastal area includes Mandera, Maralal, Marsabit, Wajir, and Isiolo. The total amount of rainfall in this area was recorded at 905 mm. The rainfall was more than 80% above average. TEMP was constant and radiation was slightly below average (RADPAR -1%).  Even though the total amount of rainfall was above average, the total biomass production potential was below the five-year average (BIOMASS -2%). The NDVI profile was above-average for the entire reporting period. Throughout the reporting period, the maximum VCIx was 1.11 with CALF at 100%. Based on the above indicators and NDVI profile over time, crop conditions are assessed as above average.

Precipitation recorded over the Highland agriculture zone reached 802 mm, above-average by 124%.  Temperature remained constant. RADPAR (-9%) and BIOMASS (-15%) were below average.  CALF increased above average by 5% and the crop condition development graph based on NDVI was above the five-year average and maximum VCI values at 1.09. In general, the crop conditions were favorable.

In the northern region the total rainfall was 554 mm  (+47%). Rainfall was above average, but RADPAR slightly decreased by -6%, resulting in a lower estimate of biomass production. The NDVI development curve shows values above the five years average during the entire monitoring period. The maximum VCI was high at 1.18 with a significant increase in CALF (+46%). Overall, the CropWatch indicators point to favorable conditions.

South-west of Kenya includes the districts Narok, Kajiado, Kisumu, Nakuru and Embu which are major producers of long rain wheat and maize. Total rainfall (RAIN at 837 mm) was 127% above average. Like the northern region, in the south-west, all CropWatch agroclimatic indicators were recorded as below average, except for the significant positive departure in total rainfall. Temperature (-2.2 ºC), RADPAR (-8%) and BIOMASS (-16%) were below average.  The NDVI profile stayed above the five-year average starting from mid November. VCIx reached 1.04 with CALF up by 4%. In general, the conditions were favorable for crops. 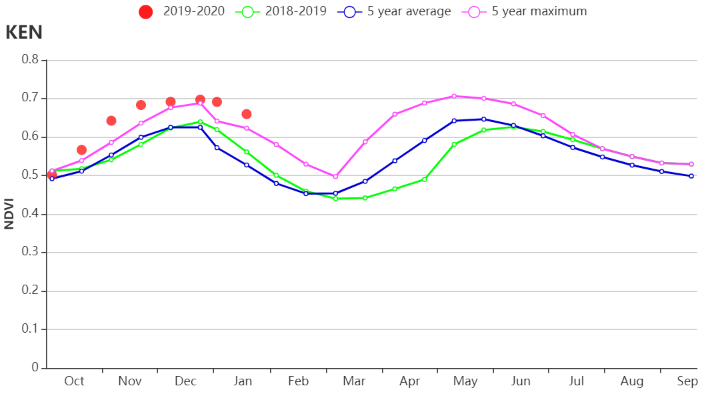 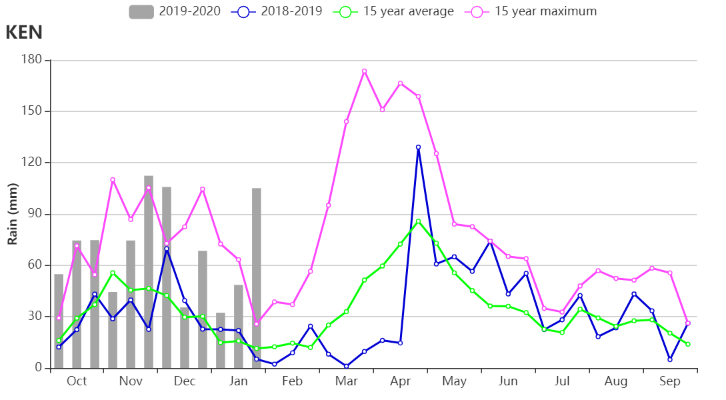 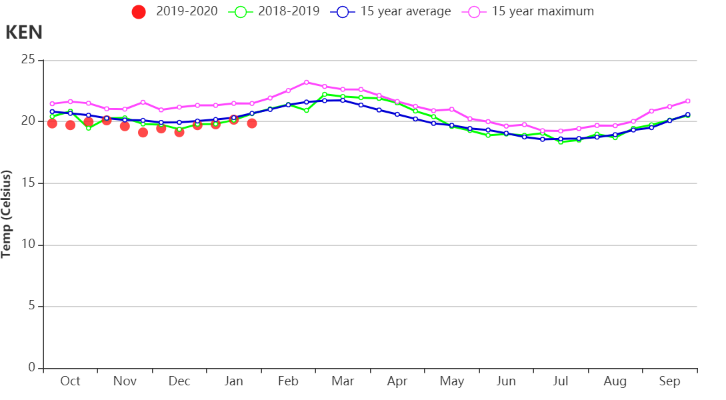 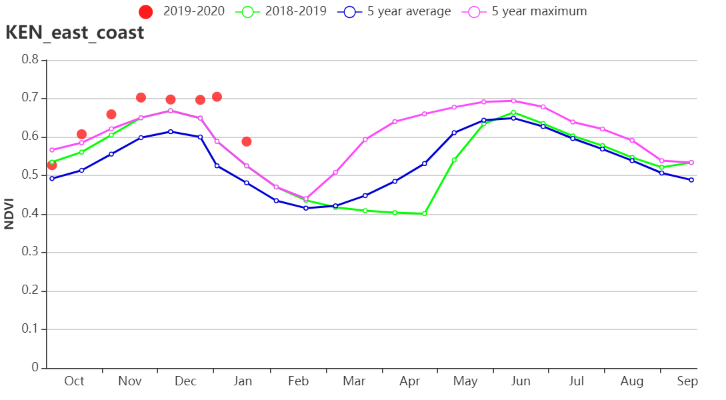 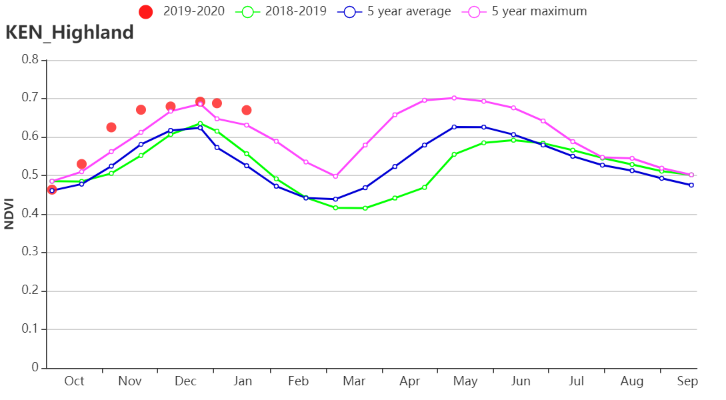 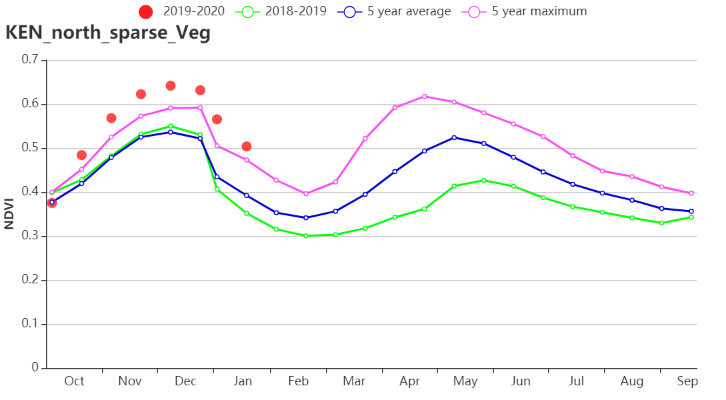 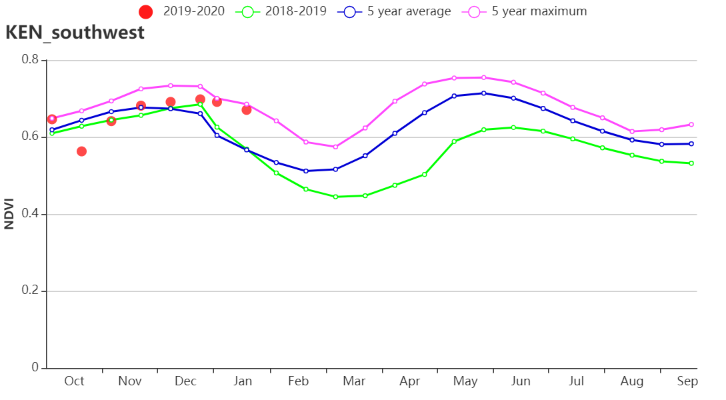