Winter wheat was at seedling stage. Low temperature and radiation weather occurred in North China,especially in Loess region and southwest Huanghuaihai, over the current period may negatively impact on the seedling of winter wheat.

Rapeseed was at seedling period. Affected by continuously rainy weather in Southwest China and the northwest part of Lower Yangtze region, the status of rapeseed seedling was below average.

Late rice was at heading to maturity stage. Crop situation was overall above average due to favorable agro-climatic condition in most parts of Lower Yangtze region and Southern China.

In general, crops condition in the areas close to China were below average. Poor crops condition mainly appeared in Vietnam, Laos and Myanmar, which may be due to below-average rainfall in early October. 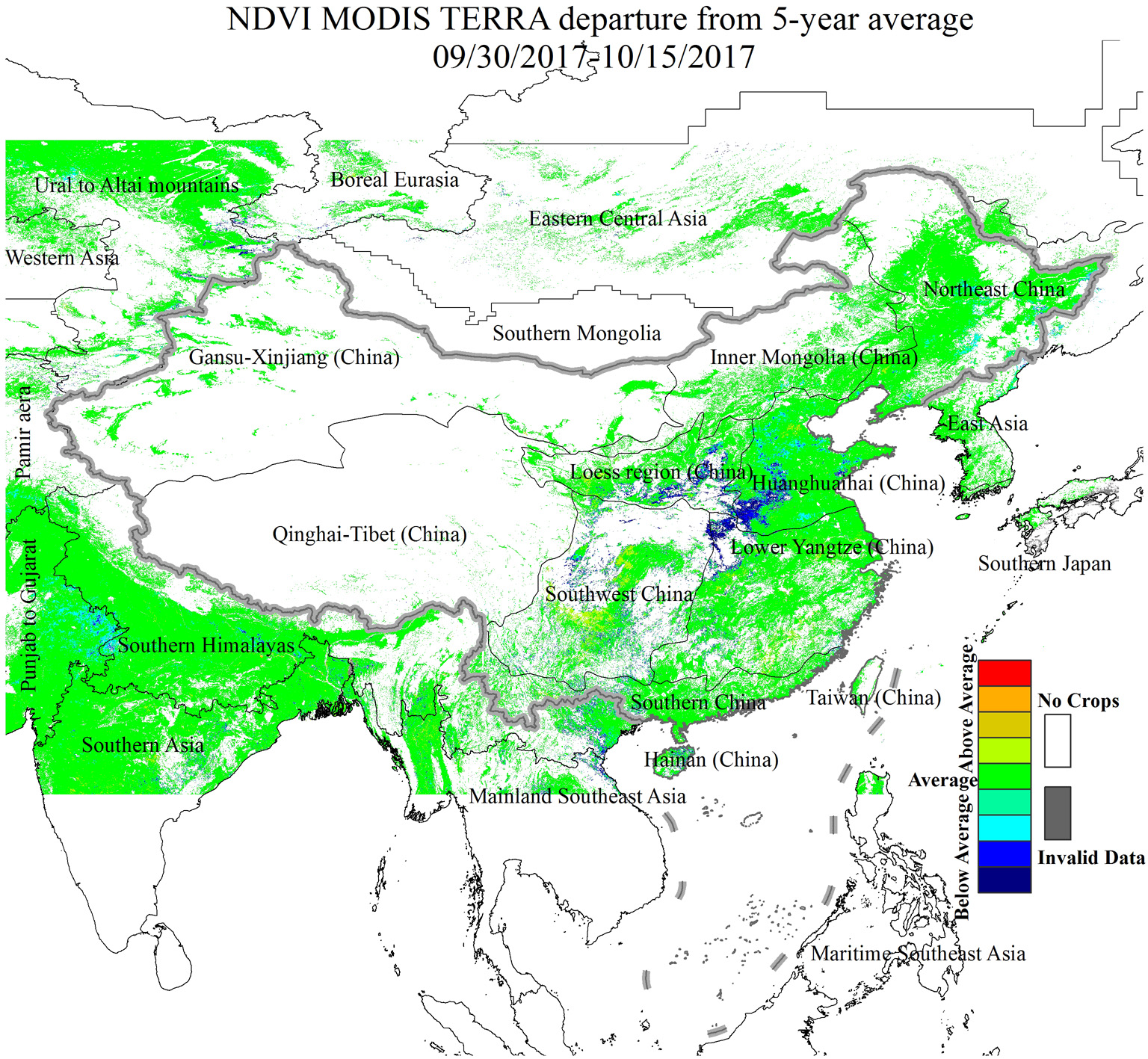