Rice is the main cereal crop harvested in Afghanistan during the reporting period. Winter wheat started to be planted in October in the northern border provinces (to be harvested in May). RAIN was 194 mm (+43%), but both RADPAR and TEMP were below average (RADPAR at 746 MJ/m2, down 5%; TEMP 3.8°C, down 0.7°C). The favorable weather conditions resulted in 21% higher BIOMSS than average. In January, precipitation was higher than average and close to the 15 years maximum. The agro-climatic conditions were favorable, and  the significant increase of rainfall will benefit the crop growth after the winter period.

The Dry region recorded 162 mm of RAIN, 83% above average, TEMP (-0.7°C ) and RADPAR（-6%）were below average. The favorable agro-climatic condition resulted in an  increase of BIOMSS by 52%

In the Mixed dry farming and irrigated cultivation region, the following indicator values were observed: RAIN 245 mm, +27%; TEMP 2.5°C, -0.5°C; RADPAR 681 MJ/m2, -5%. The combination of indicators resulted in  BIOMSS being close to average. CALF was 7% in this area. 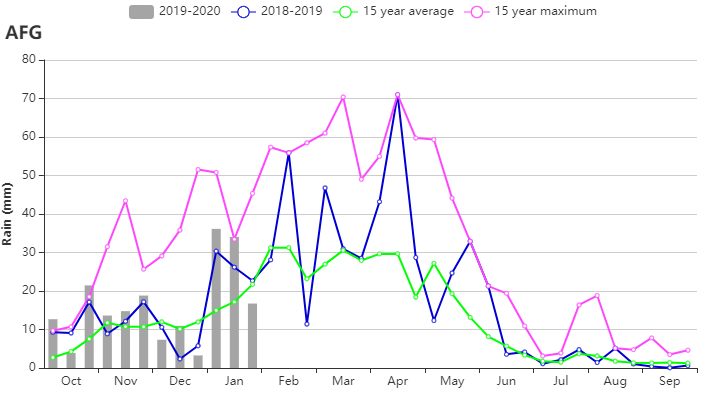 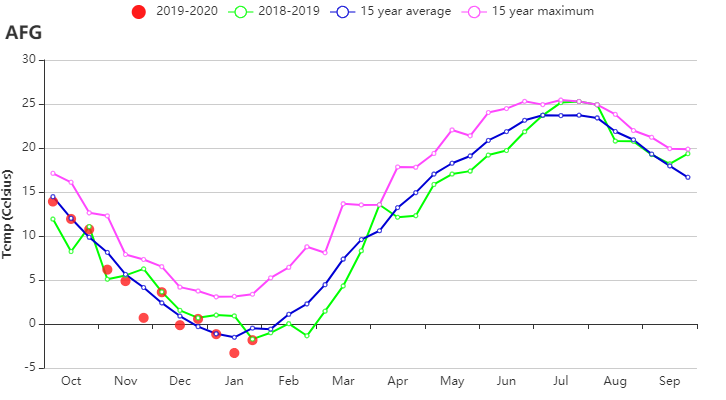 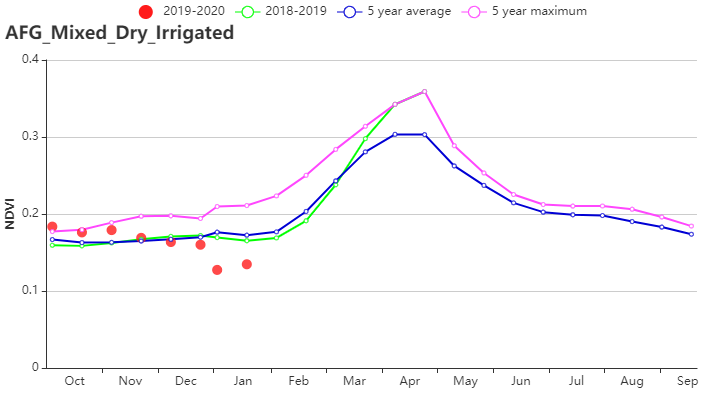