Winter wheat: Winter wheat was at wintering to returning green stage in northern China and Yangtze-Huaihe region and was at jointing stage in southwestern China. Crop conditions were at the recent 5-year average level in most of winter wheat growing areas. Exposed in sufficient solar radiation, winter wheat condition was above average in eastern Sichuan.

Rapeseed: Rapeseed was at bolting to flowering stage.Abundant solar radiation and moderately warm temperature were in favor of rapeseed growth. In southwestern China, such as eastern Sichuan and Chongqing,rapeseed condition was significantly above average. Also, slightly above average crop condition occurred in Lower Yangtze region.

Rice, Maize and Soybean were out of season. 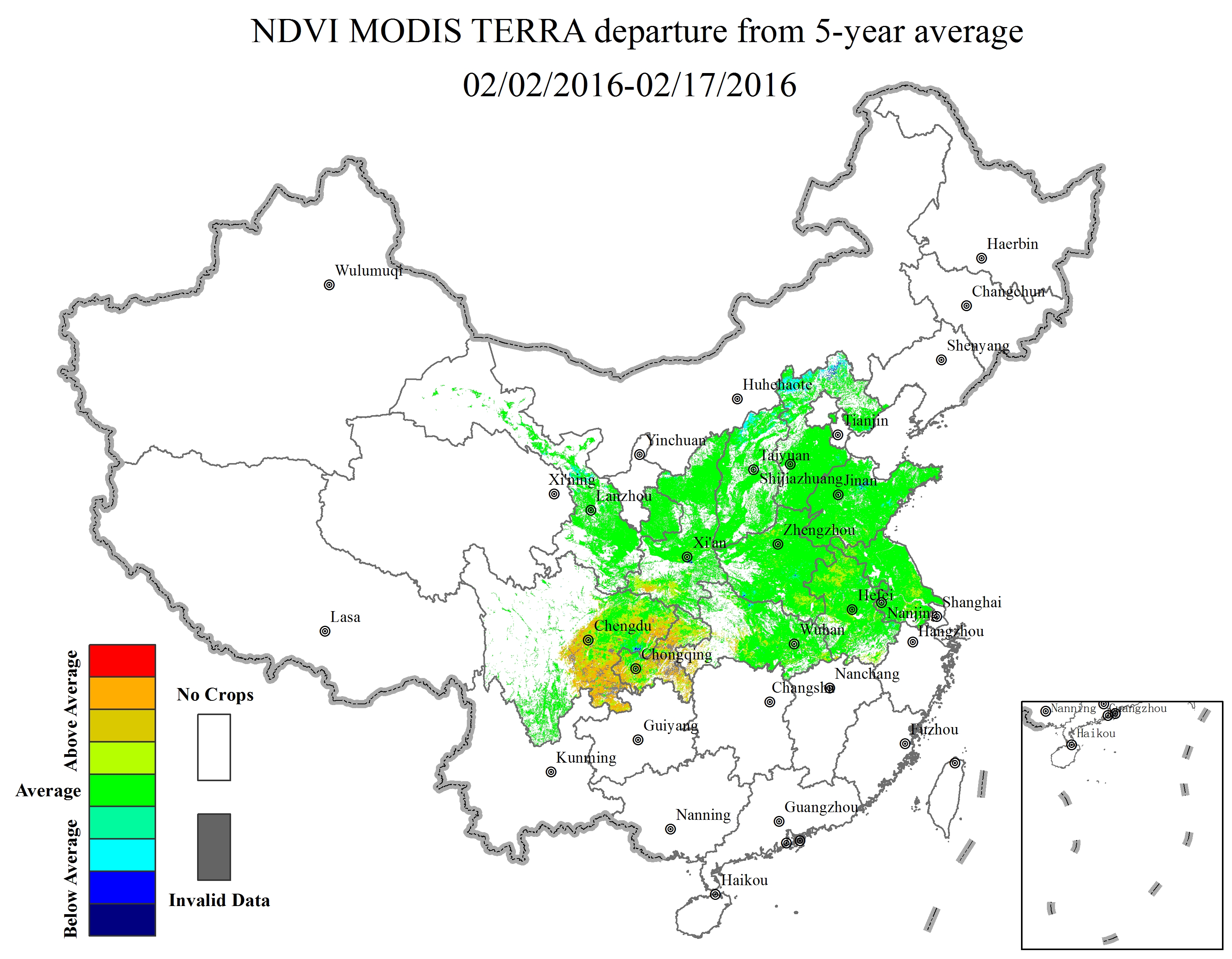