Wheat: Winter wheat was at jointing stage in the north part of China while at heading to flowering stage in Southwest China. Spring wheat was at seeding period. Overall, crop condition was slightly below average in the winter wheat planted areas of the north part in China. Affected by below-average temperature and radiation, unfavorable winter wheat situation occurred in northern Anhui and Shandong provinces. On the contrary, crop condition was above average in Southwest China due to sufficient radiation and soil moisture. Favorable agroclimatic condition in Inner Mongolia was beneficial for spring wheat sowing and forthcoming growth.

Rapeseed: Rapeseed was at flowering period. Crop condition was overallaverage.

Maize: Spring maize was at sowing time in Southwest China. Favorable agroclimatic condition during this monitoring period was beneficial for agricultural activities, such as the sowing of spring maize. 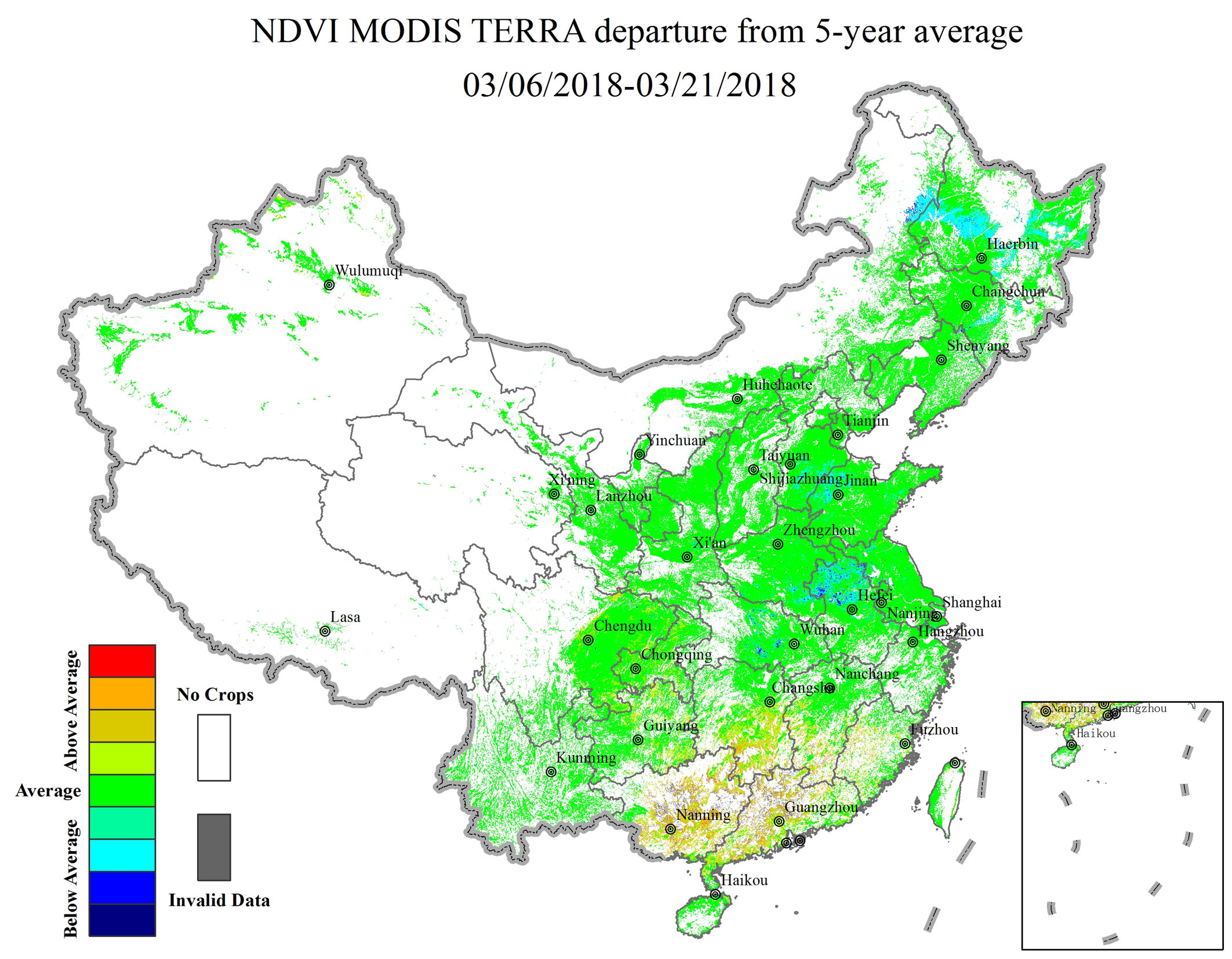