Analysis based on the average of departure from 5-years shows that during the monitoring period comprehended between 07-April-2018 and 22-April-2018, the crop condition in China was generally above the average. Although, crop conditions below the average were verified in Tianjin, Shandong, Anhui, Hubei and Hainan Provinces.In addition, better crop conditions were observed in South of China provinces of Guizhou, Hunan, Jiangxi, Guanxi, and Guangdong.

Looking at the individual crops, due to climate conditions variations, while the winter Wheat was in the sowing, jointing, and booting at the northwest and Central regions of the Country, in South, it was characterized by the flowering and harvesting stage. The entire north region was characterized by the sowing and germinating stages of Spring Wheat.  In the same period, the Rapeseed was characterized by the pic flowering and raping stages in the most part of China as well as it was being sowed in Qinghai province. Spring and summer Maize were at the sowing to the joining period in the entire country. The early Rice in southeast-region was in most of the production zones at the three-leaf formation to childbirth while the one season rice was being sowed in Northeast provinces of Jilin and Heilongjiang as well as at some areas of south China; in these areas, apart from the one season rice being sowed, in most of the production regions were characterized by the plant three-leaf formation. In general, the climate condition (temperature, radiation, and precipitation) had a great contribution to the favorable crop conditions during the period under analysis. 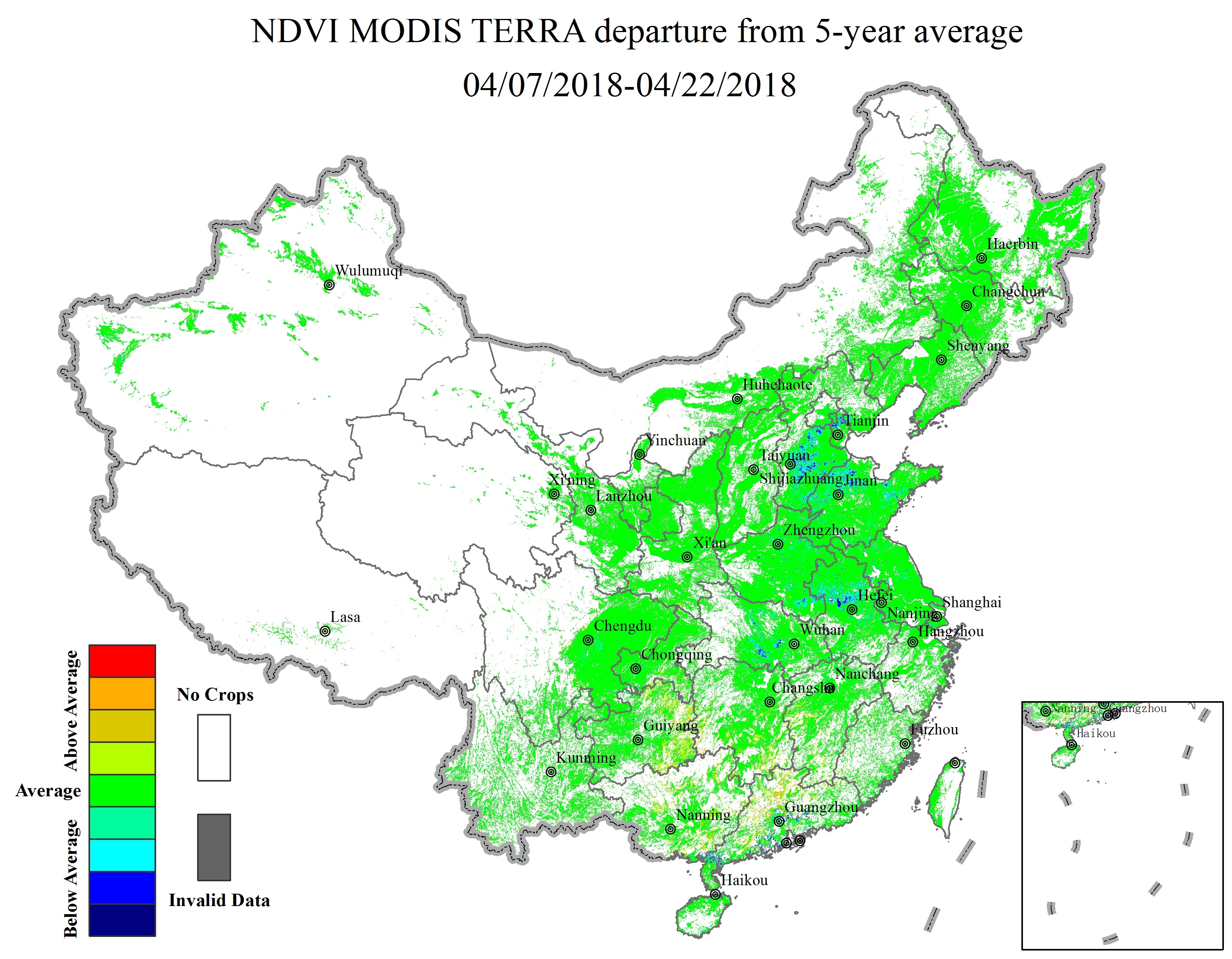