Wheat: Spring wheat was at heading to flowering stage in northern China. Overall, wheat crop condition was at the recent 5-year average level.

Rice: Early rice was at booting to heading stage; semi-late rice was at regreening to tillering period. Generally, crop condition was slightly above average. Affected by proper temperature and sufficient rainfall, favorable rice condition occurred in the central and southeast parts of Southwest China and northwestern Lower Yangtze region.However, continuously heavy rain might affect adversely the flowering of early rice and the growth of semi-late rice.

Maize: Spring maize was at three-leaf to seven-leaf period in Northeast China and Inner Mongolia. Altogether, crop condition was average. In Southwestern China, spring maize, however, was at jointing to tasseling stage and was slightly above average situation due to favorable agroclimatic condition. Summer maize was at sowing to seedling period. Heavy rainfall in the north parts of Lower Yangtze and Huanghuaihai (China) may negatively impact on the seedling of summer maize in these areas..

Soybean: Soybean was at seedling to three-leaf stage. Crop condition was average over the reporting period.

In general, crop condition was average in areas adjacent to China. 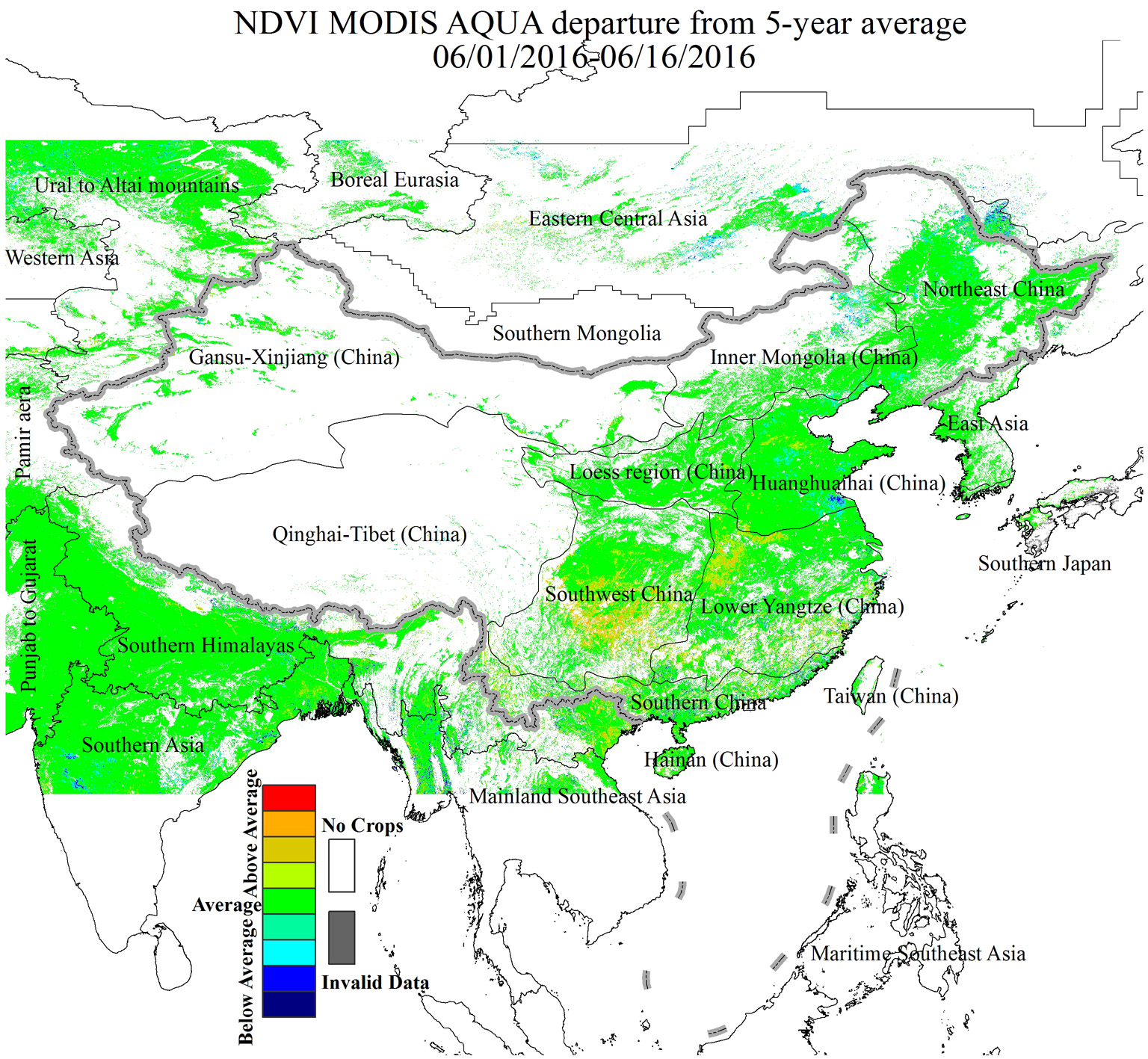